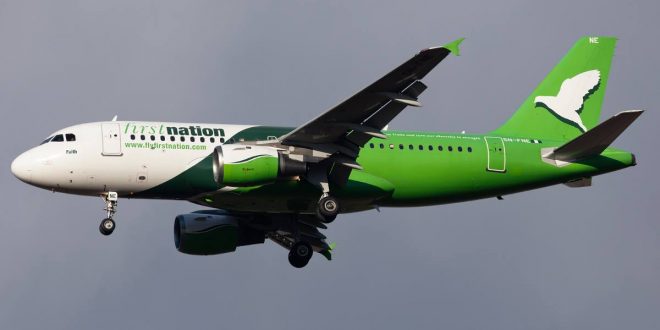 NigerianFlightDeck 1st September 2016 Points of View, Your ViewPoint Comments Off on Demise of Nigerian Airlines? 560 Views

THE Nigerian civil aviation industry and in particular, the domestic airlines are gradually collapsing like a pack of cards if the sustained media reports about its comatose state have not been controverted by both the operators both public and private, and even the regulator of the industry. It is better to voluntarily collapse them into manageable numbers for effective and efficient operations than to allow them go into extinction particularly, the domestic airlines.
I have said several times as l have been observing that the problems of the industry is not necessarily the lack of funds or scarcity of forex as we are now being told daily by the operators. Generally, the problems are poor management structures and financial mismanagement of revenue earnings both in local and foreign currencies.
There the problems of inadequate skilled manpower; inefficient supervision from line officers or assigned managers; ineffective or lack of professionally inclined inspectors to enforce regulations, and above all, interference from politically exposed officers within and outside the government MDAs.
On the part of the domestic airlines operators, is the attitude of diversions or divestment or earnings into other businesses. The combination and persistent of the inadequacies of skilled manpower, poor financial management and ineffective oversight from the responsible authorities have brought the industry to its knees.
In spite of the hews and cries by the operators about scarcity of forex, my knowledge of the industry, having served on various ministerial and presidential committees, tells me that, there are sufficient forex earnings in the IGRs of the public and private operators in the sector to sustain their operations annually without any recourse for forex concessions from the government.
This was the reason why l once called for the auditing of the financial earnings of all the operators following the revelations of recurring debts of domestic airlines to the ground and air safety services providers. That call became necessary when some airlines were reported to be having controversial hangover of several billions of naira debts and the regulatory authority, that is mandated by law, specifically, NCARs (Part 12) to carry out oversight on economic stability of all operator to determine their suitability for continuous operations, became helpless for whatever reason.
To be objective, in the wake of the fuel scarcity the fuel marketers cannot deny they were not selling fuel to foreign airlines and earning about $1m daily or $400m annually; FAAN cannot deny that it generates less than $150m from the $50/ passenger on about 3 million outbound international passengers; additionally, FAAN generates about $100m on landing and parking from about 15,000 international inbound flights. NAMA on the other hand, generates not less than $60 million on air navigational and air traffic services provided to inbound, outbound and overflying flights.
There are also, estimated charges and earnings of over $200 million from BASA imbalance and royalties on commercial agreements with foreign airlines. There are also evidence that airlnes pay $20/passenger for security to the NCAA; there are earnings abroad on passenger tickets and cargo sales of about $150million by the Nigerian airlines operators too on international routes which they don’t get to return home.
All the earnings in forex by the operators amount to over $1billion, however, it is only the airlines and the fuel marketers that need the greater part of it for spending to sustain operations. The reality is, the airlines operations sustain all other operators; if the airlines do not fly, the other operators would have no earnings; and if there is no fuel for aircraft engines operations, there would be no flights.
The estimates for aviation fuel marketers forex need annually is about $750m; while the domestic airlines need is estimated to between $30 to $50m for their fleet maintenance, aircraft spares, crew proficiency and simulator training. Provisions of about $20m could be set aside for each of the five government operators and NCAA from the collective earnings domicile with the CBN.
Without prejudice to some other charges on private operators, these are the realities that all the operators must embrace to give whatever is necessary from the collective forex earnings to whoever, to sustain the industry particularly the government operators that are making more forex earnings than the others.

This piece was sent in by John Ojikutu

Nigerianflightdeck is an online news and magazine platform reporting business stories with a bias for aviation and travel. It is borne out of the intention to inform, educate as well as alter perceptions with balanced reportage.
Previous NCAA says Aero, First Nation Airline still in business despite operation suspensions
Next Unions occupy Aero as meeting on non-payment of salaries shelved