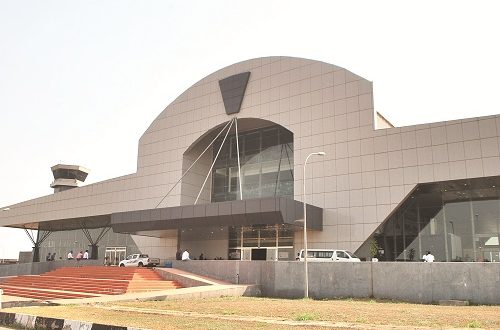 Special Project Director Asaba International Airport, Mr. Austine Ayomidejor who confirmed this said that the airport was strategically located to cater to the travel needs of a lot of people.

“With all the facilities in working condition, its strategic location and serene environment, air travel will become so much easier for travelers as well as tourists who are interested in coming to Delta and its neighbouring states to not only do business but to sight see and enjoy the best hospitality in the country,” Ayomidejor said.

The Airport also witnessed its second international flight yesterday with the Pilot of EgyptAir Boeing 737, Mr Ramy Mansour saying it was a wonderful experience landing at the airport.

According to the Pilot who flew into Asaba at about 7.57 am, “we had a nice experience landing at the Asaba International Airport, the runway is very good and the greenery was a very nice view from up.”

“It is six hours from Asaba to Cairo and we will like to land here again,” the Pilot said in a chat with newsmen at the Asaba International Airport.

Delta State Commissioner for Information, Mr Patrick Ukah at the airport, who spoke at the airport said:
“We give thanks to God for the successful flights; this is an attestation of the good works of Governor Okowa’s administration in Delta State; we have just witnessed the second international flight that is landing and taking off from Asaba and it is a strong message to investors that Asaba is safe for business.”

Nigerianflightdeck is an online news and magazine platform reporting business stories with a bias for aviation and travel. It is borne out of the intention to inform, educate as well as alter perceptions with balanced reportage.
Previous Aero starts flights to Yola with reduced fares, huge load factor
Next FAAC shares N619,857b to FG, states and local governments