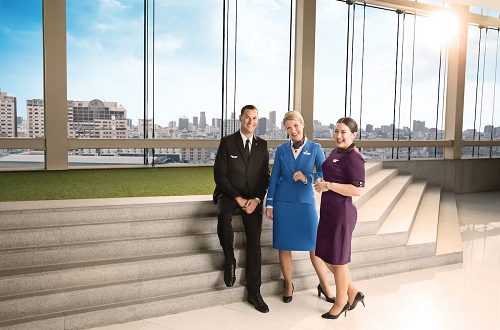 DELTA AIR LINES, Air France and KLM are celebrating 10 years of their successful trans-Atlantic cooperation, a partnership that has continued to lead the industry and set a trend for others to follow.

Over the past decade, together the airlines have soared to new heights as they opened up new routes between Europe and North America and improved customer service. Built around a network of seven hubs – five in the United States and two in Europe – the partnership covers routes between Canada, United States, Mexico and Europe.

“In 10 years, our North-Atlantic JV has become the most advanced example of what an airline partnership can be and what it can bring to the customers,” said Patrick Alexandre, Air France-KLM Group Executive Vice President Commercial, Sales & Alliances. “The success of our JV with Delta comes from our combined and multiple offer which is adapted to all customers, from B2C to trade and corporate. Together with our integrated commercial teams, we aim at delivering the best service to our clients all along their journey. We are very proud of our achievements and look forward to further expanding our JV.”

Customers have benefited as the partnership has 38 more peak day North America to Europe flights today than 10 years ago bringing the number to more than 270 daily trans-Atlantic flights.

It’s now easier to connect to destinations across North America and Europe thanks to more hub-to-hub flying, such as Detroit-Paris and Atlanta-Amsterdam that offer a wealth of onward flights. The partnership has also opened up new U.S.-Europe city pairs that would not be possible for them to do alone, including service from non-hub cities, including Indianapolis, Raleigh/Durham and Dallas-Fort-Worth, to Paris and Tampa-Amsterdam.

Eligible customers can use the largest airport lounge network across North America and Europe.
There are opportunities to earn miles and redeem them on a number of benefits, including flight upgrades through each airlines’ frequent flyer programmes.
The partners carry 20% more customers today compared to 10 years ago.

“We have a lot to be proud of from the past 10 years. The key to our success has been continuing to innovate and a commitment to constantly improve our customer experience,” said Steve Sear, Delta’s President & Executive Vice President Global Sales. “Customers have benefitted from our award-winning service, and close integration of our systems and teams in the airport, sales, call centres and back office. Most recently, we have expanded our cooperation to include Africa, improving the travel options for new and existing customers.”

The Delta, Air France and KLM partnership has its foundations in a previous agreement between KLM and Northwest Airlines. Following the U.S. and European Union Open Skies agreement in 2007and the merger between Delta and Northwest, the Air France-KLM Group and Delta announced their long-term joint venture on May 20, 2009. Just over one year later, Alitalia joined the partnership, offering new flying opportunities between North America and Italy. Last year, Delta invested €375 million to acquire 10 percent equity in the Air France-KLM Group.

Nigerianflightdeck is an online news and magazine platform reporting business stories with a bias for aviation and travel. It is borne out of the intention to inform, educate as well as alter perceptions with balanced reportage.
Previous GebreMariam, Ethiopian GCEO re-appointed to IATA Board of Governors
Next Ibom Air gets AOC, set to commence Uyo-Lagos-Abuja operations today