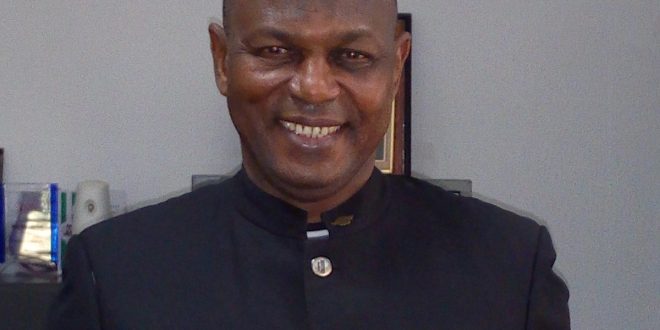 AFRICAN airlines including Royal Air Maroc, Egypt Air and some others have said to have been urged to make improve their operational efficiency’s to cope with the overwhelming travel requirements of passengers who carry excessive luggage.

Airline have also been urged to use wide-bodied aircraft to cope to with passengers upsurge during  this period in a bid to forestall rancor and a breakdown of order at the nation’s airports during the festive season, due to the overwhelming travel requirement of passengers who carry excessive luggage

This is just as the authorities have appealed to passengers to exercise restraint when it comes to delayed baggage as this initiated move will help reduce the seasonal challenge delayed luggage and passengers stranded at airports waiting for luggage.

Director, Consumer Protection, Nigeria Civil Aviation Authority, NCAA, Adamu Abdullahi in an interview said, the problem of delayed baggage is worsened when the airlines deployed certain type of aircraft not big enough to accommodate both passengers and their luggage.

“The International airlines especially the African airlines come into this country with B737’s, B737 even if it is 800 series will not carry much luggage, Nigerians travel heavy, you see one passenger carrying 20 bags and he wants to travel along with his bags as checked-in luggage even if you charge him excess he will pay to make sure he travels along with his baggage so we now have weight constraints, space constraints. So, the way around it is to ensure that whatever additional flights these airlines ask for, they get”.

According to him, the NCAA is in the forefront of ensuring the Ministry of Aviation grants the request  in line with the BASAs it signed with other countries so that passengers can have their luggage in time and avoid the commotion that usual occur when their luggage does not accompany them.

“Normally during this period the Ministry considers and gives them permission to fly in with bigger aircraft so even if it is once or twice a week, they can get a wide-bodied into the country most of the luggage will still come, in addition, some of the airlines like the Royal Air Maroc that we mentioned earlier also request for cargo flights and this is essentially to carry passengers luggage and make sure that they come in time so that the passengers will have their baggage for Christmas or for the yuletide season”.

“So, we pray that this time around we are going to see better arrangement and we have taken all the necessary steps to make sure that it doesn’t deteriorate like last year because yes, an airline has done wrong it hasn’t brought your luggage along with you so how do you solve the problem if you beat up the airline staff? It doesn’t solve your problem or how does it solve the problem if the same aircraft that is now to go back to whatever country to bring your luggage and you block it on the apron and say that aircraft cannot fly or you block their passengers and say they cannot enter the aircraft; how does that help your case?”.

Appealing to passengers for restraint and caution, the CPD said when the issue of delayed luggage occurs passengers must allow the concerned authorities to resolve the matter, adding the CPD are also there at the airport to ensure that their rights are not infringed upon.

“it is normally better for you to also be responsible, a responsible passenger at the airport because we are there, we operate even more during the yuletide period and during the night when everyone knows most airline come into this country or leave this country as the case may be”.

‘So we will still beg that the passengers yes they have rights but they also have responsibilities, they should abide by the rules and regulations that govern your behavior in the airport environment”, he added.

Adamu also urged the airline operators that in as much as the authority understand their predicament, they will not tolerate ill-treatment of passengers like denying them their rights to know what is going on.

“The airlines also have responsibilities in as much as we will do our very best and shed you from passengers, we are the ones who get the bashing always, we also must appeal to all the airlines to do the needful, make sure you carry passengers along with their bags in as much as safety is not involved because when safety is involved Consumer Protection will move back because you have to be safe first before you start talking about rights.

Nigerianflightdeck is an online news and magazine platform reporting business stories with a bias for aviation and travel. It is borne out of the intention to inform, educate as well as alter perceptions with balanced reportage.
Previous House Co’ttee on Aviation to support NAMA on facility upgrades, funding
Next NIS rescues 150 suspected human trafficking victims at MMIA, processes 58,000 pax on VoA in 12 months