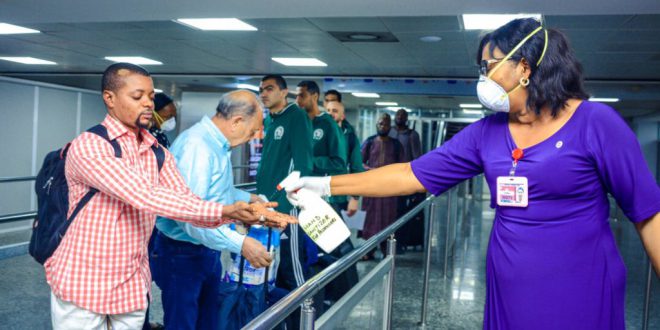 THE deadly Covid-19 virus found its way into Nigeria on the 24th of February 2020 carried by an Italian on board Turkish Airline through the Murtala Muhammed International Airport (MMIA) Lagos and this has sent the nation into a frenzy of fear and confusion.

For the aviation industry, the debate as to whether government should do a ban on citizens travelling into the country from the worse hit regions especially China and parts of Europe is still on the table as a lot of people feel that action can help keep the citizenry safe.

And although the World Health Organization (WHO) has consistently advised against restrictions on travel or trade especially through air transport as it plays a major role—bringing medical staff and supplies to where they are needed, fear of the impact of this virus has led countries to do what they feel no their best interest.

The International Air Transport Association (IATA) had announced an initial assessment of the impact of the Novel Coronavirus 2019 outbreak (COVID-19) stating that it expected a $27.8 billion revenue loss in 2020 for carriers in the Asia-Pacific region, of which China’s domestic market will bear $12.8 billion.

Carriers outside Asia-Pacific, it said, would bear a revenue loss of $1.5 billion, assuming the loss of demand is limited to markets linked to China. This would bring total global lost revenue to $29.3 billion

The estimated impact of the COVID-19 outbreak, according to IATA, also assumes that the center of the public health emergency remains in China. If it spreads more widely to Asia-Pacific markets then impacts on airlines from other regions would be larger, this is already the case as Europe and America have had recorded cases and deaths from the virus.

As it stands, there are currently 73,255 confirmed cases of the Covid-19 virus worldwide and the death toll from this stands at over 3000.

With this staggering statistics, many Nigerians are of the opinion that bans and restrictions are the way to go as they feel the impact of this virus, if it establishes root in the country could be severe due to the country’s dismal healthcare system.

Aviation Round Table (ART) Scribe and author Troubled Skyline, Group Captain John Ojikutu (retd) said the situation around the virus, if not carefully handed will not only affect air travels and invariably, the airlines earnings, it will affect world economy.

“One advantage to African countries is that the virus appears not to have hold on the continent as it has in other continents. My advice to the authorities in Nigeria in particular is to reduce the multiple landings given some of the foreign airlines be they regional, continental and intercontinental. For effective and efficient control and for the lack of skilled manpower in sufficient numbers, the responsible authority should limit the entrance to the country for foreign airlines to only Lagos and Abuja for the period the crisis would last.

“Responsible authorities must restrict entry to foreign nationals from countries where the virus is prevalent especially Asian nationals to effectively manage the passengers’ traffic in the two airports of Lagos and Abuja that would be opened during this period.

“There are more Chinese in the US than the continental African countries, therefore, travel bans on foreign countries or restrictions by the US should be expected. Note also that the US and China are the two competitors for the top position of the world economy; the virus is sure would have serious effect on the economy of the two nations if it is not properly or carefully handled by the two countries,” he  explained to Nigerianflightdeck.

Lead Consultant, ETIMFRI Group, Amos Akpan who provided his thoughts to the issue said individuals, entrepreneurs, and institutions are already reconsidering their travel itinerary because of the outbreak of corona virus.

Breaking it down further Mr. Akpan said, “Countries and cities with confirmed high rates of infection have travel bans on them as demand for air travel is very low now.

“Flight restrictions and outright ban has been the subject matter on the desk of aviation authorities in most governments throughout February 2020.

“The finance of airlines will be affected. They won’t meet targeted income. They will not have sufficient funds to service their fixed cost like monthly loan repayment, salaries, insurance, calendared maintenance and recurrent training etc. These are some compulsory expense subjects they must spend whether they operate flights or not.

“There will be issues of force majeure on the table of discussion between airline executives and existing investment funders in operation. The reason is because Covid – 19 may have to be discussed as a natural occurrence that affects compliance to existing contracts/deals. 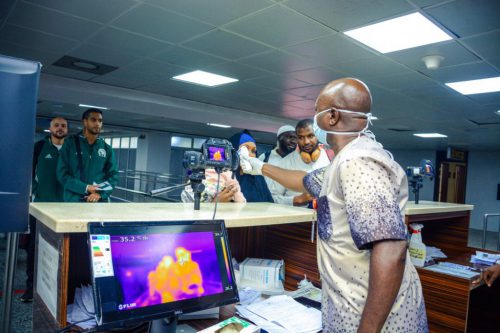 “In this regard, the insurance executives and consultants will be busy brainstorming the effect on existing policies. Many tourists and holiday trips will be cancelled.

“Most countries in the world including America and Nigeria had high volume of trade with China. Passenger travels, import/export trade with China has stopped for some countries while others will reduce theirs to the barest minimum.

“Eventually, airliners management will cut cost. That is, they will reduce staff, lower equipment purchases and use less of leased/outsourced facilities. They will reduce flight frequencies, and outrightly cancel flights.

“Airlines like Emirates and Ethiopian whose financial performance impacts on their national economy have to rejig their program.

Civil aviation authorities, IATA and ICAO has to come up with scenarios on surviving the impact of global pandemics like covid 19 that the airlines would likely adopt to cushion the impact on their economics.

“In the immediate, aircraft will not be filled, flights cancellation continues, redundant aircraft, redundant operational personnel will increase. Income will keep reducing.

“On the contrary, private jet travels may increase, the use of FBO or private terminals is expected to increase.

In the long run, some airlines may not be able to handle the losses, and they will fold up or declare bankruptcy.

“Some governments will give bail outs to their airlines. In a country like Nigeria where FAAN, NAMA, and NCAA depend on income from airlines, passengers and cargo, these agencies will also lose the money they should have earned. In addition to bailing out the airlines, the government will also support FAAN, NAMA, NCAA; though they have always had subventions when necessary.

“The financial institutions like the commercial banks whose monies are in the airlines should immediately start discussions on reschedule of payments with the airliners management. They should consider insurance on the funds they give to airlines to cushion the effects of events like covid19.

“The financial base of Nigerian airlines are weak, and they lack global standard corporate culture and these will not help if patronage is drastically reduced. On the contrary, the security situation in Nigeria does not give options for travelers. We can only travel by air except we cannot avoid it then we travel by road,” Mr. Akpan said.

Head, Research of Zenith Travels, Mr. Olumide Ohunayo surmised that the impact of the Covid-19 Virus will have more effect on Asian, European and middle eastern carrier than it would carriers in Africa who are seemingly maintaining their operations although reduced .

According to Ohunayo, the virus’ entry is ill-timed especially as outbreaks of diseases everywhere in the world hit air transport the worst, making it the victim as reduced flights, restricted flights or outright cancellations become the order of the day.

According to him, coupled with the Boeing 737 Max issues, the United States-Iran face off this is looking a bleak year for air travel.

” I expect airlines to make loses because they have cancelled flights, adjusted their schedules, routes are shut down, countries have restricted other and have been restricted in turn. People have refused to gather in places and this is liable to go on for the next two to three months and this is not the year for air transport.

“This type of diseases are things that come once in a while, remember we had SARS and the airlines were most hit but I think this Covid-19 could be worst because of the number of people affected and the ease at which they are taken, all efforts must be geared towards resolving it and we need to reduce the panic button, so much panic in the market and might worsen if for air transport,” he said

Nigerianflightdeck is an online news and magazine platform reporting business stories with a bias for aviation and travel. It is borne out of the intention to inform, educate as well as alter perceptions with balanced reportage.
Previous Two Srilankans impersonating Malaysian citizens arrested at Abuja Airport
Next Turkish Airline, NAHCO renew agreement with long-term contract