FOR the second time this February, two SriLankan nationals have been apprehended at the Nnamdi Azikiwe International Airport (NAIA) for trying to travel out of the country one-way with Malaysian passports.

The suspects one Vinith Ukantharaba sporting passport number A33807225 and Satithinyara Kantharasa with passport number A532343523 were apprehended along with some Nigerians suspected to be immigration officers.

Nigerianflightdeck learnt that the suspects holding Malaysian passports and one way tickets to London Heathrow were detected bad arrested by the Independent Corrupt Practices and Other Related Offences (ICPC) attempting to reach United Kingdom without correct travel documentation.

It was also discovered that one Babatunde Ahmed, a person either impersonating or an actual officer of the Nigeria immigration Service (NIS) was also arrested alongside the suspect. 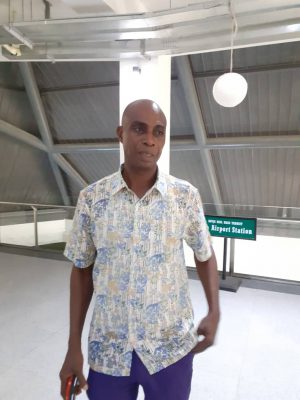 As at publishing time, Nigerianflightdeck has been unable to ascertain if Mr. Ahmed is truly an immigration staff.

Nigerianflightdeck is an online news and magazine platform reporting business stories with a bias for aviation and travel. It is borne out of the intention to inform, educate as well as alter perceptions with balanced reportage.
Previous NCAA coordinates prevention measures against COVID-19 spread at nation’s gateways
Next Covid-19: Nigerians assess virus’ impact on air travel