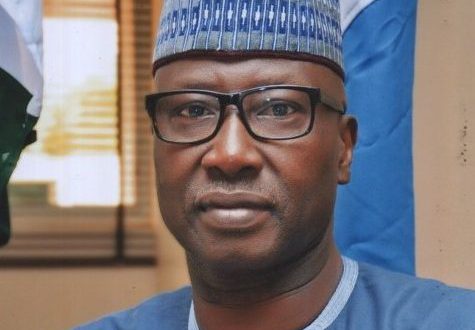 Secretary to the Government of the Federation, Mr. Boss Mustapha

SECRETARY to the Government of the Federation, Mr. Boss Mustapha has announced the extension of ban on all flights into the country as well as domestic flights for an extra four weeks thereby extending the ban to June 4th, 2020 after initial lockdown on March 23.

This is just as the PTF Covid-19 denied boycotting Nigerian airlines to hire foreign airlines to repatriate nationals explaining that the Emirates and British Airways flights were circumstantial and government was still in negotiating with indigenous airlines.

The SGF who spoke on the extension made this known today during the Presidential Task Force briefing in Abuja stating that,” After reviewing the situation, we have extended the ban on all flights in Nigeria for an additional four weeks.

Sirika Explaining the situation further, Minister of Aviation, Senator Hadi said the airlines are worst hit by the COVID-19 pandemic with no less than N17billion loss but that they cannot go in to operations immediately the airspace is opened up because aviation is tightly regulated.

He said,” The sector is highly regulated and very coordinated and has set standards the industry follows at all times regardless because it deals in safety. Safety, security and efficiency of the sector is extremely important regardless of what is going on. We will not be able to just open up after closing for several weeks or perhaps some months, to open up and start business as usual. There are safety issues and concern.

“Typically, you keep your car stagnant and come back six months and want to restart the same car, it will develop problems. So those airplanes have been kept and we are going to bring them back into service but ensure they are air worthy so they can make those flights and safely.

“So also the flight crew, those flying the air planes they have certain standards, they have their licenses which will come due for recurrency to be done within this period, so what do you do with them? Certainly they wouldn’t just pick up their bags and continue where they left, they must conform to those standards and ensure that they are safety to operate both in terms of their medicals; health and in terms  of their proficiency to be able to conduct very safe flight.

“There are also other issues like the state safety programs and there must be adhered to, there are protocols we developed for the COVID-19 which include the social and physical distancing, use of mask, washing of hands and other protocols,” Sirika said.

On the repatriation of Nigerians abroad and the jeers over using foreign airlines, Minister of Foreign Affairs, Geoffrey Onyeama said Nigerian airlines are majorly being considered and that foreign airlines as the inbound flight from Dubai was a commercial transaction without government’s involvement.

Onyeama explained,”We opened bids for airlines to collect our nationals outside our shores and we restricted it to Nigerian airlines yes there were foreign airlines who also bid but we made sure we selected Nigerian airlines. So that process is ongoing because one of the issues we have is again the question of payment and what we could do to subsidize these airlines but we point to the fact that there is an emirates flight that is coming and there is a British Airways Flight that is coming.”

“The Emirates Airline that is coming has nothing to do with government, as I pointed out earlier. The government of the UAE on its own initiative decided to start evacuating foreigners who were in the UAE, different countries; not just Nigerians and they informed Nigerians there who are desperate to come home that there is Emirates flights available and they will fly when they fill up the plane and Nigerians spontaneously without reference to the government immediately started buying ticket because they were all desperate to come home, That’s how the UAE flight came into being.

“The British Airways as I said this plane was already coming to Nigeria to evacuate British nationals here and we thought since our people were there and crying out that we should take advantage of that but otherwise we are  and we want to patronize Nigerian airlines and I have been in touch with all of them; Max Air, Azman, Air peace all three of them, we have 4000 people there outside wanting to come in and we are hoping and its easier for us; we prefer for our airlines to be the ones that are bringing them back.”

“ They (indigenous airlines) have to be proactive and dynamic in also going out, they cannot sit back and wait for government to allocate this because our people are desperate and want to hop onto anything that flies and can bring them back to the country.”

Nigerianflightdeck is an online news and magazine platform reporting business stories with a bias for aviation and travel. It is borne out of the intention to inform, educate as well as alter perceptions with balanced reportage.
Previous Updated: FG repatriates 256 Nigerians from UAE with Emirates amid jeers from indigenous airlines
Next UBA rewards 100 customers with N100, 000 each amid COVID 19 Meltdown