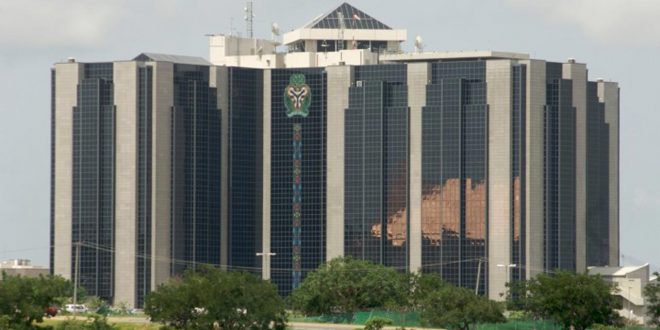 This is just as the CBN said all the affected 16 banks that had refused to sell forex to small businesses after accessing over $300m offered to the SMEs’ wholesale forex window since its creation last month would be sanctioned accordingly.

In a statement issued, the CBN acting director, Corporate Communications, Isaac Okorafor, said the decision to stop the banks from participating in the SME wholesale window of the forex market was taken following complaints that some of them were deliberately frustrating efforts by many SMEs to access forex from the window.

The CBN explained in the statement that based on reports, only eight banks had sold forex to the SMEs segment since the inception of the new window stating further that only the eight banks would be allowed to access forex in that segment of the financial market henceforth.

The statement read in part, “Following persistent complaints that some Deposit Money Banks have deliberately frustrated efforts by many SMEs to access forex from the new window created by the CBN, the apex bank on Tuesday, May 2, 2017, barred all but eight banks from dealing in the SME wholesale forex window.

“The financial regulator took the decision to bar the erring banks based on field reports, which revealed that only eight banks had sold forex to the SMEs segment since the inception of the new window.

“The CBN frowned at the action of banks that declined to sell foreign exchange to the SMEs to enable them to import eligible finished and semi-finished items despite the availability of forex from the CBN wholesale intervention window.

Okorafor, however, stated that the sanction would be lifted immediately the affected banks presented evidence of utilization of the funds allocated to them under the SME window.

The CBN in the statement further warned that it would “not sit back and allow any form of instability in the interbank forex market through the actions of institutions or individuals.”

The apex bank, the statement noted, urged all stakeholders to play by the rules for the benefit of the entire country and its economy.

The apex bank had last month created the SME wholesale window to make it easier for small-scale businesses to access forex to import critical materials for their operations.

Nigerianflightdeck is an online news and magazine platform reporting business stories with a bias for aviation and travel. It is borne out of the intention to inform, educate as well as alter perceptions with balanced reportage.
Previous Air Peace joins league of IOSA certified airlines
Next Arik Air recommences flight operations to Maiduguri May 9