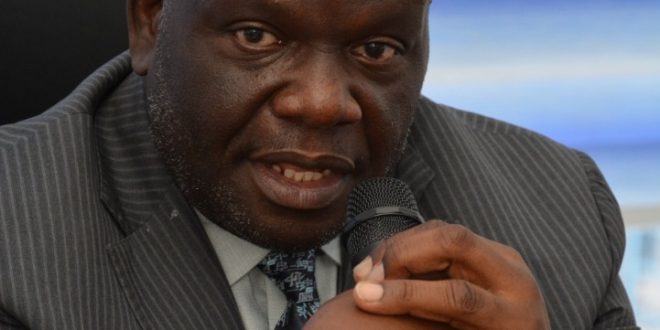 NIGERIA Civil Aviation Authority (NCAA) has confirmed that it is withholding the Air Transport License ( ATL) of local operator Azman Air till a time when the carrier provides the required documentation for its operational licenses renewal and sign a Memorandum of Understanding ( MoU) on how it would remit it’s N1.2bn legacy debt accrued from collection of Ticket Service Charge( PSC).

Director General of the NCAA, Captain Musa Nuhu who spoke to NigerianFLIGHTDECK in a phone call this afternoon confirmed the medium’s earlier report that the withholding had something to do with debts. READ MORE: Inability to renew AOC: Azman Air operations suspended

He also said this move is not particularly aimed as Azman but that all indebted airlines would need to comply with these rules to enable them renew their ATL.

An ATL is issued as authorization to airlines to provide scheduled and non-scheduled services. It is one of the licenses received by airlines before they can commence operation just as they await the Air Operator Certificate (AOC) that fully guarantees them the right to begin air services, without the ATL according to Nuhu, the Air Operators Certificate ( AOC) becomes invalid.

According to the DG, Azman Air must provide Tax Clearance as one of the documentation for its ATL and must sign the MOU to negotiate it’s debt remittance which is part of the N42bn and $7.8m debt in TSC/CSC.

Captain Nuhu who spoke plainly said that the minute they are able to comply, they would get their approvals as these are part of the renewal processes to ensure the regulator does not go under.

“We didn’t suspend Azman Air’s AOC, but suspended their ATL, which had earlier expired. The ATL earlier expired in April 2021, but we gave the airline extension because of the disruption to aviation activities by the Covid-19 pandemic, just as we did for other airlines, too. However, we wrote a reminder letter to the airline six months to the new expiring date, which is statutory.

“Later, the airline requested for another extension of 90 days, but we only granted it 60 days and at the expiration of the 60 days, we also gave it 30 days reminder, which elapsed on Wednesday night, yet nothing was done by the airline.
“Besides, the airline owed us N1.2 billion as TSC/CSC. We invited them, set up a committee for that purpose. Azman said they would pay the sum of N10 million monthly out of the debt, which we refused. They later came up to N20 million, but we insist on N50 million monthly. If we had agreed the N10 million monthly, it means it will take them about 12 years to repay back the money it had already collected and by then, the money would have lost.”

He said,” This is not a charge and this is not their money, it’s monies collected in trust for us from passengers and they squandered it. We are not asking them for an interest rate, no penalties, we just want our funds remitted. We asked them to sit and negotiate as they collected on our behalf and refused to remit.

” I cannot keep explaining to the the Minister, to the Accountant General, to the Presidency why we cannot remit money meant for them to them . We have been forced to carry out this action,” he stressed.

According to Captain Nuhu everybody is having challenges, difficulties and this is not restricted to the industry stakeholders alone, the airlines, ground handlers and other service providers as even the agencies have the same problem in the issues of funds.

He said,” We know that if we tell them to give us all these monies at the same time, it is very difficult and not possible, so, what we have put in place in NCAA and to prevent the debts from growing, we have put in place a tripartite agreement; the NCAA, airlines and the airlines’ banks. So, once those funds go to the bank, the 5 per cent TSA/CSC is automatically deducted and goes into the NCAA bank and NCAA will share it with the other sister agencies on a pre-determined ratio as entrenched in the 2006 Civil Aviation Act.”

“For the legacy debts”, he continued, “what we have done is to enter an MoU with all the operators; we know they can’t pay all at a time, but they have to pay us a reasonable amount of money on a monthly basis at least.

“What we have said is that if they don’t pay this legacy debt, we are not going to renew their licenses; AOC, ATL. That is one of the conditions and most of them have entered into the agreement.” He said.

Nigerianflightdeck is an online news and magazine platform reporting business stories with a bias for aviation and travel. It is borne out of the intention to inform, educate as well as alter perceptions with balanced reportage.
Previous Inability to renew AOC: Azman Air operations suspended
Next Security: FAAN records four infiltrators’ arrests daily at MMA