Despite warnings and reports of people captured with drugs at the airport, Abiodun Israel Banjo, a Nigerian living in Pretoria, South Africa still tried to smuggle parcels of methamphetamine worth N31million through the Murtala Muhammed International Airport (MMIA) Lagos before he was arrested by officials of National Drug Law Enforcement Agency (NDLEA). The 45-year-old was apprehended during the outward screening … 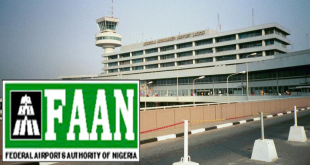 THE last may not have been heard from all parties involved in the planned concession as there are indications that workers of the Federal Airports Authority of Nigeria (FAAN) may resign en bloc over the insistence of  government on the concessioning of four major airports in the country. This is just as the unions are planning another protest over the … 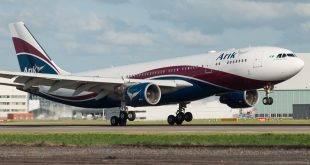 ARIK Air has issued a statement alerted all air travelers of a temporary suspension to its operations, pending approval of aircraft documentation related to insurance renewal. The airline said that it was working around the clock to resolve the necessary documentation, which has been a challenge due to the long weekend holidays due to Ed al Adha. 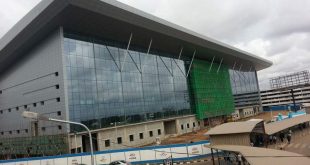 THE Federal Airports Authority of Nigeria (FAAN) has enjoined airlines, the travelling public, airport users and the generality of Nigerians to have some understanding while it relocates power cables from the construction site of the new terminal being built at the Murtala Muhammed International Airports (MMIA). According to FAAN, the recent power outage that affected some parts of the Murtala … 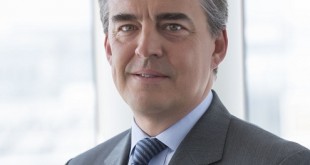 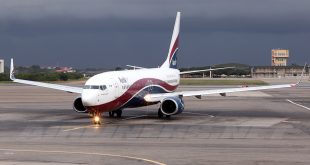 HUNDREDS of Arik Air staff have been unionized into the three leading unions, National Association of Aircraft Pilots and Engineers, (NAAPE), Air Traffic Services Senior Staff Association of Nigeria, (ATSSSAN) and National Union of Air Transport Employees, (NUATE) over the weekend. The three industry unions have inaugurated their executive members in Arik Air in a ceremony, which took place at … 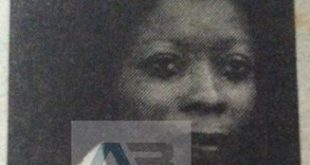 THIS is a tale of greed, a tale of tragedy, a tale of murder; this  story we brought you today on Blast from the Past is the story of late Nigerian Airways female Senior First Officer (S/FO), Hadiza Lantana Oboh slayed by her domestic staff on the 8th of February, 1998 for things as useless as foreign currency and jewels. …

Concession will grow our airports in leaps and bounds- Sirika

NigerianFlightDeck 11th September 2016 Analysis Comments Off on Concession will grow our airports in leaps and bounds- Sirika 1,132

WHEN the Minister of State, Aviation, Senator Hadi Sirika came to Lagos to wade into the imbroglio concerning the embattled Aero Contractors, little did he know he would find himself pitted against the Nigerian media, as the corps of media men barraged him with questions pertaining the planned concession of the four major airports. According to the Minister, the Murtala …