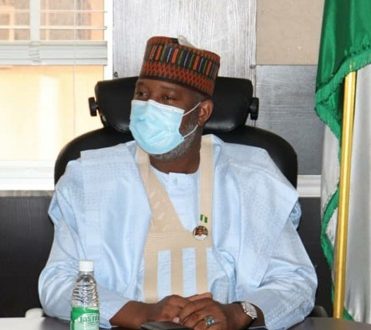 MINISTER of Aviation, Senator Hadi Sirika has revealed that the Airline Operators of Nigeria (AON) is owing a staggering US$6, 993, 284 million and N19, 365, 374,336 billion as non remittance of Ticket Sales Charge (TSC) and (CSC) collected on behalf of the Nigeria Civil Aviation Authority (NCAA )

This was exposed when the AON through its lawyer, Mrs Chinasa Unaegbunam from Stream Sowers & Kohn charged the Senate to repeal Clause 23 of the Civil Aviation Act asking for the reduction of the 5% TSC/CSC.

According to her, she said operators needed a lifeline and also asked that the governing board of the Nigerian Civil Aviation Authority ( NCAA) must also consist a member of the AON stating that this would give the airlines a voice.

The Minister who initiated a point of order, said that the monies being owed were not charges as erroneously stated by the learned lady but a charge collected on the NCAA’s behalf by the airlines to be remitted which was not done.

According to him, the AON currently owes US$6, 993, 284 million and N19, 365, 374,336 billion on the 5% currently shared by the regulator, the Nigeria Airspace Management Agency ( NAMA), Nigeria Meteorological Agency ( NIMET), Nigeria College of Aviation Technology ( NCAT) and the Accident zain estivation Bureau ( AIB).

Group Captain John Ojikutu who also spoke accused the airlines of humongous debts stating that they are also part of the problem.

He also queried the sharing formulae of the 5% TSC/CSC asking for a review.

Senator Smart Adeyemi, the Chairman of the Senate Committee on Aviation who spoke earlier said the amendment of the operating act of the NCAA was crucial and timely stating that its essence is to encourage cross fertilization of ideas with a view to improve  the sector and remove all forms of ambiguity.

Senator Bala Inn Nallah who spoke also said the TSC was not money charged to airlines but money that passengers pay for safety, infrastructure and the likes. He said that it is wrong for the airlines to make it look like the monies were charges and stated that those funds must be recovered.

Nigerianflightdeck is an online news and magazine platform reporting business stories with a bias for aviation and travel. It is borne out of the intention to inform, educate as well as alter perceptions with balanced reportage.
Previous Azman Air sets for regional, international operations gets IOSA certification
Next Senate tells FG N5billion bailout inadequate calls for upward review