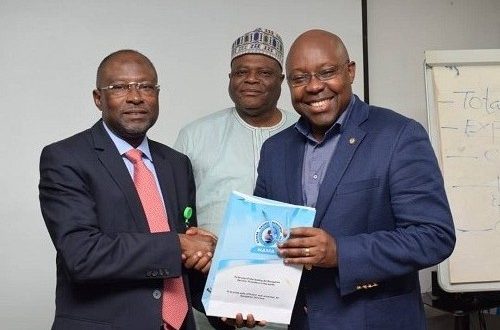 AVIATION Round Table (ART) have called on the Nigerian Airspace Management Agency (NAMA) to develop two different charts; one for aircraft equipped with Global Positioning System (GPS) and the other for non-GPS equipped aircraft since only few aircraft in the country have GPS.

The ART made this known through a 16-point communique issued at the end of Aviation Safety Round Table Initiative (ASRTI) 2nd 2019 Quarterly Business Breakfast Meeting held at Golfview Hotel, Ikeja, Lagos where it said the Nigeria Civil Aviation Authority (NCAA) should develop and publish the mandates for these service.

ART at the meeting with theme Safety challenges in air navigation & air traffic service delivery in Nigeria also called on the airspace managers to make efforts to avoid the use of unlicensed Air Traffic Engineers and Air Traffic Controllers working independently without the appropriate supervision of licensed Engineer/Controller.

Meanwhile, the Nigerian Airspace Management Agency (NAMA) has assured airlines and other airspace users that the nation’s airspace is safe for seamless and economic air navigation.

Managing Director of NAMA, Capt. Fola Akinkuotu made these remarks while receiving the Chief Operating Officer of the newly established Ibom Air, Mr George Uriesi who led a delegation to the agency’s headquarters in Lagos.

He explained that the agency had taken drastic steps to tackle communication challenges especially in the upper airspace in the past couple of years, saying that significant progress was being made in that direction.

Akinkuotu said this has seen to the upgrading of communication infrastructure in phases. According to him, radio communication in the ground control, covering 65 nautical miles at the 32 air traffic control units in Nigerian airports is perfect and this was done under phase one of the project. He added that the second phase which is the tower control, also covering 65 nautical miles and critical for landing and takeoff, is perfectly working in all the 32 airports in the country.

The third phase which he referred to as “approach communication,” covering up to 130 nautical miles, according to him, is working perfectly in all the 32 air traffic control units in the country.

Akinkuotu admitted that although the last phase which is the Area Control or Upper Airspace Communication may have a few challenges, he attributed these to the creation of new routes. Concerted efforts, he said were being made to address these challenges, one of which was the deployment of the Total VHF Coverage of Nigeria in 2010 which he said was limited by the architecture of 8 VHF remote radio stations deployed then, adding that the agency had just taken delivery of Extended Range VHF radio systems to replace old the radios in 8 remote sites while six more are to be added, making them 14 in number.

Nigerianflightdeck is an online news and magazine platform reporting business stories with a bias for aviation and travel. It is borne out of the intention to inform, educate as well as alter perceptions with balanced reportage.
Previous Air Peace to support family of ex-spokesman, Chris Iwarah
Next UBA Wise Savers Promo: 20 loyal customers to win N60 million