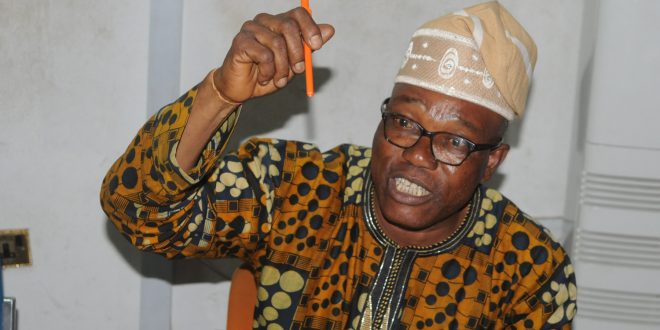 ASSOCIATION of Nigerian Aviation Professionals (ANAP)  has called on the authorities to sack the Director General of the Nigerian Civil Aviation Authority,(NCAA), Captain Usman Mukhar over what they referred to as negligent silence on the closure of Nnamdi Azikiwe International Airport, NAIA, Abuja for the six-week repair period.

ANAP okayed the closure stating that the association is in total support of closure of Abuja Airport and use of Kaduna Airport as alternative airport in the interest of safety of the air travelers.

ANAP Secretary General, Comrade Adulrazak Saidu who made the position known to journalists at their Secretariat in Lagos airport said Kaduna is best alternative to Abuja airport as it has a longer runway than Minna Airport. With a longer runway and better access road to Abuja, Saidu averred that generally, Kaduna airport is far better than that of Minna Airport.

The union leader who insisted that Abuja airport repair is not negotiable expressed his surprise at the input of the Nigerian Civil Aviation Authority, NCAA on the issue of Abuja Airport repair.

“I am surprised at the input and impact of NCAA on this issue. What is the DG NCAA to point out issues about safety. What about NCAA? What is his job. I am calling on the Minister of Aviation, Senator Hadi Sirika to sack Usman, the DG because the NCAA has criminally remained silent on the issues. The silence of the regulator is suspect”

He therefore, emphasized that ANAP is dissociating itself from the three unions letter to President Muhammadu Buhari, kicking against the airport closure.

Saidu also lamented the hardship and damage international carriers are passing through, saying that they have been victims of damaged runway at the airports.

“International airlines are losing millions of dollars to replace their landing gear. An Air France aircraft is now parked in Abuja due to bad landing gear arising from poor runway. Another Lufthansa aircraft is also parked in Port Harcourt for the same issue”.

He said “I am also surprised unions can dabble into professional matter. The letter to the President has become political. We don’t need to wait for a crash to fix Abuja Airport runway. There is no parking space in the air and that is why we are emphasizing safety. Safety and security are critical areas to consider” .

He made it known that the association is not happy the way unions are run in the sector and that is why they come up with ANAP.

Also speaking on the Abuja airport repairs and possible closure of the runway, Secretary General of Nigerian Union of Pensioners FAAN branch, Comrade Emeka Njoku said it is expedient that the authorities repair the airport.

Comrade Njoku advised the Aviation Minister to first of all consult the former Managing Directors of Federal Airports Authority of Nigeria, FAAN before taking any decision whether to close the airport or not.

The ANAP scribe who lamented the sufferings of the people and the impending danger said that the minister would get good advice from such caliber of aviation professionals who incidentally are members of the the Nigerian Society of Engineers NSE.

Nigerianflightdeck is an online news and magazine platform reporting business stories with a bias for aviation and travel. It is borne out of the intention to inform, educate as well as alter perceptions with balanced reportage.
Previous Ilitrus charges delegate to shun tribal, bitter politics, reels out plans
Next Akinkuotu, new NAMA boss, solicits support to enhance airspace safety