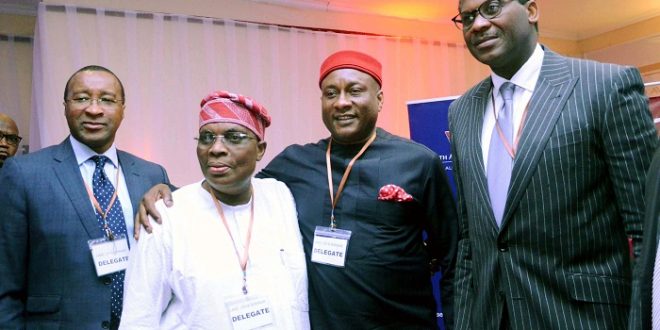 FOR the 23rd year running, the League of Airport and Aviation Correspondents (LAAC) will be hosting its Conference and Awards and has selected the Chief Executive Officer (CEO) Med-View Airline, Alhaji Muneer Bankole as Chairman of the forthcoming event.

The event is scheduled to hold on July 17, 2019 at Raddison Blu Hotel is with the theme: ‘Boosting Aviation Investment Through Policy.’

Speaking with the Seminar committee in his office, recently, the Med-view boss said that the resolutions reached at the conference in the past had helped to shape the industry.

Bankole stated that members of the league had been able to put the government on its toes through objective and analytical writings, while the policies of the government for the industry are reviewed by reporters on the beat.

He said: “LAAC over the years has been our partner in progress. Members of the league have been tremendously useful to the growth of the airline and the industry at large. Without you doing the informative reporting, the industry won’t be where it is today even though, we know there are still a lot needed to be done.”

He said that the relationship between the two bodies had been symbiotic over the years and promised that the airline would continue to support the programmes of the league.

Also, the Minister of State for Aviation, Sen Hadi Sirika, was selected as the Special Guest of Honour, while Chief Executive Officers of aviation agencies in the country as well as private service providers would also grace the occasion.

Key stakeholders made up of individuals and corporate organizations who had distinguished themselves in the industry would also be honoured with various awards at the event..

Bankole is an experienced, energetic, hardworking man with an in-built capacity and a vast knowledge in aviation Industry.

With almost 40 years experience in the Industry, Bankole joined defunct national carrier, Nigeria Airways Limited in 1978 and was appointed as a Traffic/Ramp and Duty Manager and later as a Marketing Manager of the Airline at Murtala Muhammed International Airport, Lagos.

With his aggressiveness and unique approach to issues, he rose to the position of District Manager and posted to Lome, Togo, thereafter heading various outside stations at one time or the other.

Nigerianflightdeck is an online news and magazine platform reporting business stories with a bias for aviation and travel. It is borne out of the intention to inform, educate as well as alter perceptions with balanced reportage.
Previous Industry players tackle airport improvement challenges, security, others
Next Sirika intensifies case for national carrier establishment