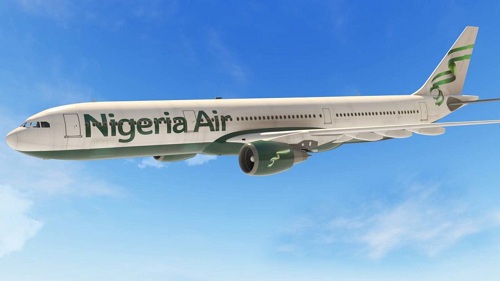 MINISTER of State, Aviation, Senator Hadi Sirika has justified the need to carry on with the national carrier project, stating that the country deserves an airline that would have capacity and meet the yearnings of the people.

This is as he said government’s planned removal of Value Added Tax (VAT) from all shared transportation including commercial flights is still on the table as his ministry is liaising with relevant ministries to achieve the goal despite the status quo.

Speaking at the 6th Stakeholders’ Forum 2019 held at Raddison Blu Ikeja Lagos, Sirika said a national carrier will boost development as according to him aviation growth is directly related to Gross Domestic Product ( GDP) growth and vice versa.

He said,” Some of the numbers that make a robust aviation industry is that it grows the nation’s Gross Domestic Product ( GDP). There are about US$ 450 billion annually to be made but now we hear from the United States Department of Agric that Nigeria is about US$950 billion annually.”

“We must support all airlines already existing, whoever has an airline can count on government support but we want to build a carrier with capacity to surpass where other airlines are.

” When Nigeria Airways was flying, all the other carriers were really nowhere until it dies. Then we had Ethiopian come out, although it has been in existence longer, it came up of late recently we are having Rwanda, Ghana but believe me this( Nigeria ) is where the market is.

Sirika also reiterated why government is not merging Arik and Aero Airlines to form the national carrier stating that the volume of indebtedness in those airlines makes it unviable.

“The suggestion that Aero and Arik Airlines which are under the control of AMCON should be merged to form a National Carrier is not tenable as the National Carrier would get entangled with the huge indebtedness of the airlines and other encumbrances,” said Sirika.

According to the Minister on the removal of VAT, he expressed disappointment that it has taken this long, the Ministry is liaising with relevant MDAs to ensure the smooth implementation of the Presidential Order.

He said,”The one on VAT on transportation, we are working on it. As you know, it is not squarely in the hands of the Minister of Aviation and so we are working to ensure that it is done very soon because perhaps, it is only aviation that is charged VAT these days and government has reached an agreement that it should be removed and they are working out the modalities.

Nigerianflightdeck is an online news and magazine platform reporting business stories with a bias for aviation and travel. It is borne out of the intention to inform, educate as well as alter perceptions with balanced reportage.
Previous Alhaji Bankole, Med-View CEO to Chair 23rd LAAC Annual Conference
Next SAHCO scales IATA audit, gets ISAGO recertification