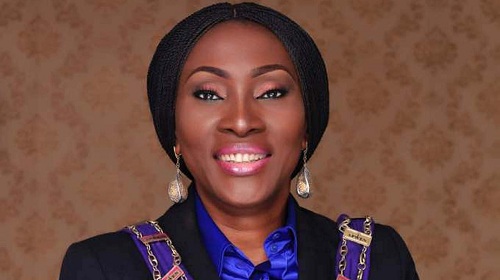 ASSOCIATION of Professional Women Engineers of Nigeria (APWEN) has reeled out its achievement in the past couple of years with the past president highlighting that between 2018 and 2019 it awarded 81 female pupils in various primary schools across the country with scholarships to study science and engineering to University levels.

The immediate past president of APWEN Engr. Dr Felicia Nnena Agubata who disclosed this to newsmen in an interview on the activities of APWEN under her leadership said, out of the seven ultra-modern science laboratories earmarked for construction, two have been completed and equipped while work was in progress in five.

Agubata, the 15th president of APWEN said, the partnership with NNPC, APWEN had led to award of scholarships to the down trodden in the society including orphans in its “invent it, build it” Programme describing her two years of leadership as eventful

She noted that they were a lot of less privileged ones in the society seeking help and expressed displeasure that in some communities in some states the people were not ready to provide land for the construction for science and technology laboratory.

Engr. Agubata disclosed that during her tenure, the girl child was inspired towards taking up Sciences, Technology, Engineering and Mathematics (Stem) subjects

According to Agubata, the programme had been replicated in seven states of Bauchi, Edo, Ogun, Kano, Anambra, Kogi and Borno in the six geopolitical zones of the country.

The former APWEN boss said she was able to attract a UK Royal Academy Engineering Grant of 80,000 pounds to train mathematics and engineering teachers in schools.

“We want to ensure that STEM teachers teach with the correct methodology and that they have the required skills to impart on these children because these children are the leaders of tomorrow, the grant recipient is yours sincerely Dr. Felicia Nnenna Agubata. This grant will run for 12 months and we started since October, we are doing the flag off ceremony on the 22nd of January at the DBI Bridge Institute on of our sponsors for the programme.”

“We intend to flag off because our UK partners is the University of West of Scotland, they are coming to Nigeria to train us on teaching methodology and how STEM teachers can acquire skills with some STEM kits, we are going to do what we call train the trainer training and that will start on the 31st of March to 2nd of April at DBI everything we are doing on this project will take at DBI.”

“We are going to train 60 female engineers and those 60 female engineers will now train the STEM teachers, they will be able to go to our rural communities so that we will be able to cover the 6 geo-political zones because the UK partners might not be able to go to all these communities, so we prefer to use us who are the locals to go, so we do the train the trainers in Lagos and go the 6 geo-political zones, the minimum the numbers of teachers we are going to train is 200 across the federation but remember we have 34 chapters in Nigeria which means that if we have 55 people from each states who are coming for this training by the time we go to each localities we will cover more.”

Nigerianflightdeck is an online news and magazine platform reporting business stories with a bias for aviation and travel. It is borne out of the intention to inform, educate as well as alter perceptions with balanced reportage.
Previous NCS appoints NOVA Merchant Bank as duty collecting bank
Next IATA lauds Air Peace for upholding high safety standards