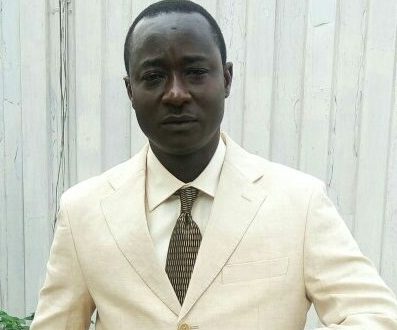 AIR Transport Services Senior Staff Association of Nigeria (ATSSSAN), has insisted that the industry unions will ensure total mobilization and payment of full allowances to staff in any of the agencies that is relocated out of their station to the Federal Capital Territory (FCT), Abuja.

This is in reaction to the 45-day relocation ultimatum issued to aviation agencies by the Ministry of aviation as directed by the Minister of Aviation, Hadi Sirika on May 4th 2020.

President of ATSSSAN, Comrade Illitrus Ahmadu, in an interview in Lagos said that the union was not against the relocation order but  that the priority of any union was to protect the interest of its members, vowing that ATSSSAN would not fail to ensure this at any time.

Ahmadu also expressed that the unions would kick against the crippling of activities in Lagos by the government as a result of the relocation order.

“We will not accept a situation where you ask anyone to go without first paying him his relocation allowance and my advice is that you cannot relocate people out of Lagos to Abuja and cripple activities in Lagos.

“You should provide enough capital resources to continue to drive operations in Lagos while you move those few people to Abuja.”

Ahmadu, however, recalled that it was not the first time such directive would be issued the agencies, saying that some of the agencies’ staff were relocated in 2012, but it was later halted.

“Basically, it is not saying everyone should move from their various formations to Abuja. It is just saying corporate headquarters. In our industry today, the Chief Executive Officers (CEOs) spend about three to four days in Abuja. So, it makes no sense. The operational offices can stay wherever they are.

“The challenge is this, I know the agencies were allocated lands some time ago, but most of them are yet to build their corporate headquarters, while others are in the process.

“In the US, the Federal Aviation Administration (FAA) has presence in virtually all the states, but its headquarters is in Washington DC. They oversee the affairs of the industry from there.

“I don’t think the relocation will affected the running of the agencies, but we expect the CEOs to empower the offices at the regions or various formations so that those who are there will be able to perform their duties effectively. We want to see some level of authorities to the people at the regions and formations.

Nigerianflightdeck is an online news and magazine platform reporting business stories with a bias for aviation and travel. It is borne out of the intention to inform, educate as well as alter perceptions with balanced reportage.
Previous COVID-19: Arik Air donates palliatives to Mafolukun, Agege communities to ameliorate hardship
Next NUATE responds Minister over relocation directive says cost implication high