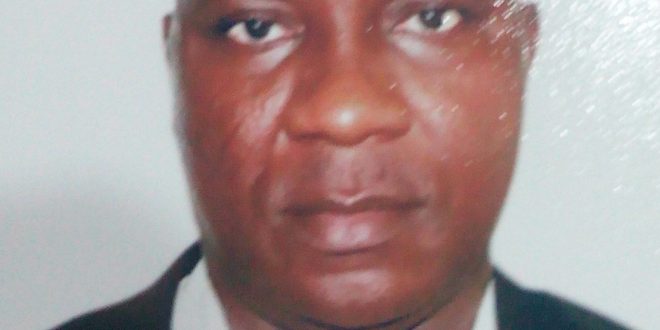 AFSMCS sets up mechanism against fraud, focuses on ongoing projects

AIRPORT Fire and Safety Multipurpose Cooperative Society (AFSMCS) is working out modalities to ensure that it stabilises, just as members have equally adopted a strong internal mechanism to block all loopholes to stop attempted fraudulent practices by members.
The society almost fell prey to an attempted fraud that took place last year orchestrated by its members.
President of AFSMCS, Mr Richard Tella who gave the brief recently during 17th Annual General Meeting (AGM) said “The report of our investigation into the attempted fraud confirmed and revealed a fraud orchestrated by a syndicate of staff and perfected from 2009 until it was discovered in 2016. Some of the suspects have been arraigned in Court for criminal proceedings while we have also recovered some properties. Further developments on this shall be conveyed at the appropriate time”.

Tella also noted that the society has faced a couple of challenges, especially in 2016 when a large number of their members from the Federal Airports Authority of Nigeria (FAAN) retired from service, which led to lots of withdrawals.
Despite the exodus of such members, Mr Tella pointed out that the Society still maintained her stability. He therefore, expressed appreciation to it members whose criticism, patients and encouragement have made them tackle  the challenges.
As part of the promises given to its members in last year’s AGM, Tella confirmed that the Society has acquired 200 plots of land for an estate known as Aviation Cooperative Gardens at Lusada area of Agbara in Ogun State. The cost of a plot, Tella said is N2.5 million and the payment is spread over the period of 48 months , adding that few plots are still available for members who are interested.
Speaking further, the President stated that the Society recently acquired a school property in conjunction with Federal Ministry of Transport And Aviation (FMT&A) Cooperative Society at Alakuko in Lagos which is still under renovation in readiness for registration so that academic session can commence immediately.
While the Society has equally acquired a property at Mafoloku Oshodi for a proposed Guest House, Tella also reminded the audience that they have since commenced the reconstruction of the old secretariat
To attract investments, Tella also revealed that AFSMCS is creating Investment Partners Platform (IPP), which is an opportunity for members to continue to harvest dividends even after their retirement.
On the plans they have for membership training and development Tella said “Our society has not relented in her efforts to maintain training of members especially with focus on post retirement life. We will begin to organise seminars on Economic Empowerment for our members to prepare them for life after retirement. We will endeavour to ensure that every member participate in the training . We appeal that you bear with us as we intend to carry out the exercise with transparency”.
Tella however, informed that the Society also wants to bring to their members notice that a new software application has been installed , a web enabled application that allows members to access their financial statement on the site with their user ID and default passwords.

Nigerianflightdeck is an online news and magazine platform reporting business stories with a bias for aviation and travel. It is borne out of the intention to inform, educate as well as alter perceptions with balanced reportage.
Previous Ethiopian Airlines all female crew lands Lagos from Addis
Next Airport security agencies investigate alleged theft of crew baggage