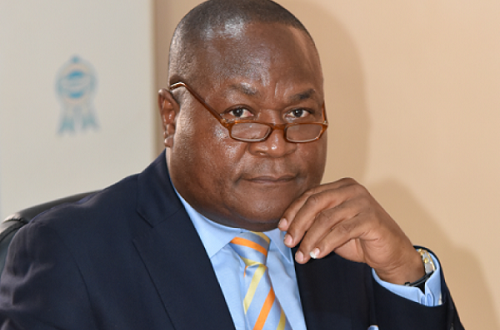 PRESIDENT of Abuja Chamber of Commerce and Industry (ACCI), Prince Adetokunbo Kayode, has said that the growth of Small, Medium and Micro Enterprises depends on the enabling environment government is able to create for them to grow, calling for urgent tax reforms to save them from dying stillborn.

This is just as he has commended President Muhammadu Buhari for signing the Federal Competition and Consumer Protection Bill into law which would help determine the prices of goods and services nationwide.

Kayode who spoke to reporters in Abuja on SMEs survival said that new companies should not be mandated to produce tax clearance until after a year or so of operations as it will keep government from stifling the SMEs with demands for tax even before they make profit..

He explained that the practice of mandatory requirement for tax clearance from companies newly registered was a disincentive for the growth and thriving of SMEs in the country and also one of the stumbling blocks in the Ease of Doing Business.

While noting the ongoing progress in national tax reforms, the ACCI boss advised tax authorities to immediately review the tax clearance system to reduce the burden placed on new and young companies sprouting up across the country.

“The growth of Small, Medium and Micro Enterprises depends very much on the enabling environment the government is able to create for them to grow.

“Their growth will in turn create jobs and collective wealth for the nation. All that is necessary must be done to nurture such new businesses.

“New companies should not be mandated to produce tax clearance until after a year or so of operations”, he noted.

Wondering why tax must be imposed before operations, Kayode said members of the Chamber of Commerce had variously lamented the negative effect of that policy in their efforts to run their legitimate businesses.

“If this country must grow and have a vibrant economy, the plight of the SMEs must be adequately taken into account. SMEs are of fundamental importance to us due the meaningful contribution they add to economic development.

“They are constantly expanding output, generating employment, redistributing income, promoting indigenous entrepreneurship as well as greatly producing primary goods that strengthen industrial linkages. The sector is accountable for about 85 per cent of the total industrial employment in the country and between 10-15 per cent of the total manufacturing output”, the President of ACCI insisted.

On the signing of the competition and consumer law by the president, Prince Kayode in a statement over the weekend explained that the law was particularly important to the Organized Private Sector (OPS) because of the deregulated nature of the Nigerian economy, pointing out that it would make for critical market forces of demand and supply to determine the prices for goods and services.

“In this regard, companies and business entities will introduce innovative with the aim of meeting the taste and preference of the consuming public.

“It is therefore my expectation that, within the shortest possible time the business environment in Nigeria will revolutionize and if it is implemented properly and impartially, the entire economy will be better for it.

“Signing this legislation into law has both short and long-term benefits hence the law abrogates agreements that seek to impose restrictions on undertakings or associations purporting to set minimum prices for goods or services. Such are void under this law,” he said.

According to him, the law also carried some fundamental elements, which make for President to act only when the commission formally advises him to regulate a particular sector or aspect of business and he is satisfied that it would enhance competitiveness.

While stating that in the early phase of the law, some businesses may find it difficult to adjust, he however emphasised that from the global experience of competition regulation, the law would immensely benefit both producers and consumers.

Nigerianflightdeck is an online news and magazine platform reporting business stories with a bias for aviation and travel. It is borne out of the intention to inform, educate as well as alter perceptions with balanced reportage.
Previous TSA: NAMA insists non-schedule operators must adhere to cashless payment
Next NCAA investigates trending picture of worn out aircraft tyres, yet to establish photo veracity