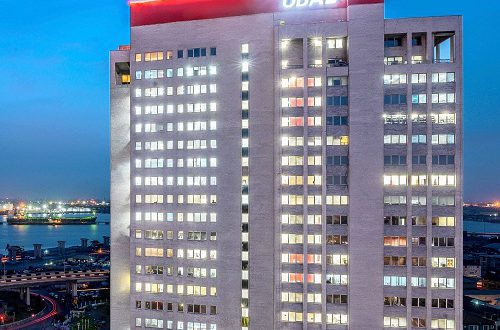 UNITED Bank for Africa (UBA) Plc has announced that 10 of its  loyal customers will get a chance to win N1,000,000 each, in the ongoing UBA Savings Promo which is scheduled to hold today May 7, 2021 at the bank’s corporate head office, in Lagos.

This unique promo intends to appreciate loyal customers of the bank, who have stayed with the bank over the years, and will also offer fresh opportunities for potential and intending customers to join the growing number of UBA millionaires who have in the past benefitted from the ongoing Promo.

To qualify for the draws, new and existing customers of the bank are expected to save N10, 000 monthly or N30, 000 at once for 3 months; before each draw date. Savings account holders eligible for this draw include Target, Bumper, Next Gen, Savings, Teens & Kiddies).

Speaking ahead of the forthcoming draw, UBA’s Head, Personal Banking, Ogechi Altraide,  said that without a doubt, UBA’s passion for the growth and overall success of its customers cannot be overemphasized, adding that this has consistently been proven in numerous ways. She explained that the bank has consistently invested in cutting edge technology to improve its service delivery and its overall aim of delighting customers.

She said, “With customer-centric promos like the UBA Savings Promo, we have created an ever increasing list of millionaires who continue to join the UBA customer millionaire club. For this edition of the promo, we decided to pick the month of May, which is the month that workers are celebrated across the world for their efforts at contributing to the growth of the economy. We know that this promo will put lasting smiles on the faces of our customers and will also assure them that UBA truly values them’” Altraide said.

UBA’s Head, SME Banking, Sampson Aneke, spoke of UBA’s continuous commitment to give back to its customers especially during these challenging economic periods, where people need all the support they can get to make life more meaningful.

“With this in mind we decided to prioritize them in as we always do at UBA, by giving them plenty to cheer about and that is the reason for the Promo. I have been privileged to visit some of the customers who won in January, and we were more than fulfilled to see happiness and gratitude on the faces of the lucky ones when their cash prizes were presented to them. That feeling is special. So I enjoin those who are yet to join the winning team, to do so. You never can tell, the next big millionaire could be you,” Aneke said.

Nigerianflightdeck is an online news and magazine platform reporting business stories with a bias for aviation and travel. It is borne out of the intention to inform, educate as well as alter perceptions with balanced reportage.
Previous United Nigeria Airlines adds more schedules to Lagos, Abuja
Next Heritage Bank partners RTEAN on travelers’ insurance scheme