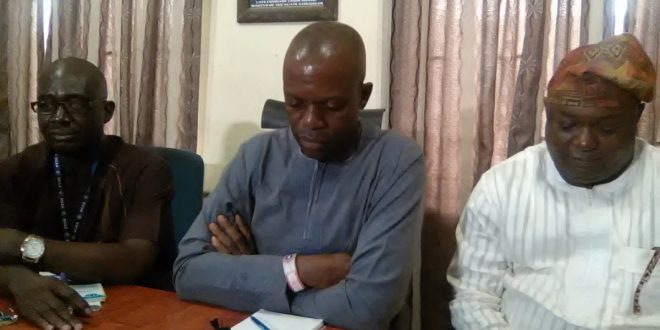 You are not taxed 5% on ticket sales, NCAA slams domestic airlines

NigerianFlightDeck 26th February 2017 Aviation News Comments Off on You are not taxed 5% on ticket sales, NCAA slams domestic airlines 724 Views

NIGERIAN Civil Aviation Authority (NCAA) has berated domestic airlines over what it termed as a steady dose of misinformation about the 5 per cent Ticket Sales Charge (TSC) stating that it was never a tax on airlines as they would have Nigerians believe but a charge on passengers collected in trust by airlines to be remitted to government so as to ensure facilitation is not hindered at the airports.

The regulatory body has also frowned on what is called misconception that airlines are making everyone believe that  taxes are only synonymous with the Nigerian business environment stating that before most of these airlines started operations these ‘so- called taxes’ were made known to them.

After the annexation of Arik Air by the Asset Management Corporation of Nigeria (AMCON), domestic airlines under the aegis of the Airline Operators of Nigeria (AON) came out and criticized in strong terms the charges in the industry attributing the many failures of airlines business to multiple taxation and other unfriendly taxes not found anywhere else in the world but Nigeria.

Speaking at a brief parley with the media, General manager Public Affairs NCAA, Mr. Sam Adurogboye sought to clear up some of the accusations made by airlines against the regulatory body while stating that some of the airlines were just being economical with the truth especially with the 5 per cent.

He said, “The business is highly capital-intensive. There is no operator that did not know about the charges before they commenced operations nothing new has been added. There is an emerging carrier that is growing today, he operates like a passenger and staff and they are growing. “

“ Five percent ticket sales charge is not paid to NCAA by the airlines as tax, it is a charge added to the passengers determined airfare. When passengers pay five percent how does it become a charge? The airlines brought up the idea that to enhance passengers’ facilitation at the airport, they will collect the five percent on our behalf, after which the monies will be remitted to us, which we all agreed to in 2001. The money is for the sustenance of the CAA.”

According to him, for the CAA to be autonomous in truth according to the dictates of the Civil Aviation Act, it needed to source its funding autonomously and the 5% which used to be collected from passengers at the airport prior 2001 was the way to ensure non-interference.

“We had to compare what obtains in Canada, United States, South Africa and other places, all CAA are meant to be autonomous and it cannot be autonomous if we are not financially autonomous. We exist because of the safety of passengers and the passengers pay for the CAA to run.”

“ The day they say government should start giving us money, then we become non-autonomous. The five percent ticket sales charge is in the act passed by national assembly. If not for the foreign airlines that pay as at when due, they( domestic airlines) would have grounded NCAA in Nigeria. “

On the accusation of multiple taxes by the agency and how they are crippling airlines’ business,  the spokesman said that there was no country where charges were not present and that even some of those charges were not charged in Nigeria.

“There is no country where there are no charges, whether landing, parking, overflying, amongst others. There are some charges that we are not charging in Nigeria, such as hotel, task, tourism development.”

He attributed the constantly dwindling number of airlines in the country to a lack of  corporate governance and that the NCAA was carrying out its responsibility that was why the numbers kept going down.

“At the time NCAA started in January year 2000, we had about 150 airlines in our register. In 2006, they came down to 28, the rest went under. It was not because NCAA didn’t do their regulation well? At a point the number reduced to 12 and today we have eight airlines. It is because we do what we need to do that is why those who have to fissile out will naturally fissile out.”

“There are airlines you get to know their source through corporate governance. It is not about the number of aircraft you have or whether it is brand new, it is whether you run your business the way it should be run. It is within the privy of the investor to get the right person to do the job and once it is done, you will prosper in it. “

“There are airlines that are running domestic operations that we send commendation letters to for doing the right thing. There are airlines that pay their bills as at when due. There are still those who do the right things. You run airlines using the right equipment for the right operations. You need to prepare and invest on the route, you need to know yourself and what you have passion for. You also need to know the problem you want to solve. You go into business because you want to solve a problem and because you have passion for it. “

Nigerianflightdeck is an online news and magazine platform reporting business stories with a bias for aviation and travel. It is borne out of the intention to inform, educate as well as alter perceptions with balanced reportage.
Previous Arik Air garners public confidence, begins payment of staff, creditors
Next Ministry debunks links between Acting President Osibanjo’s visit to tsunami at NCAA