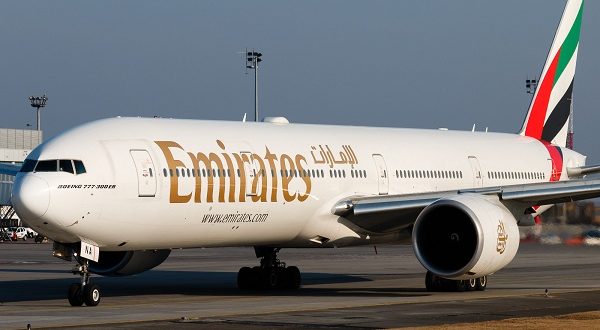 THE letter from Emirates Airline to the Minister of Aviation, Hadi Sirika may just be the beginning of further woes to Nigerians travelling internationally as it shows just how trapped funds which has led to flight reduction by the airline and probably others may jack up airfares, isolate Nigeria from connectivity and impact on employment negatively, experts say.

The letter from Emirates it has been revealed may just as well be one of many the country must have to deal with as the international Air Transport Association ( IATA) reported in Doha that the West African nation owes US$450million unremitted revenues to global airlines, amounting about 25% held back funds by nation’s banks.

Emirates had written to inform the Ministry that with effect from 15 August 2022, it will be reduce flights from Dubai to

Lagos from 11 per week to 7 per week due to blocked funds amounting US$ 85 million awaiting repatriation from Nigeria.

The funds, according to the airline, has risen steadily over US$10million monthly.

The letter written 22nd July, 2022 and signed by Sheikh Majid Al Mualla DSVP International Affairs stressed that the planned reductions of frequencies was made to mitigate the continued losses Emirates is experiencing as a result of funds being blocked in Nigeria as the ongoing operational costs of its 11 weekly flights to Lagos and 5 to Abuja continue to accumulate.

“These funds are urgently needed to meet our operational costs and maintain the commercial viability of our services to Nigeria. We simply cannot continue to operate at the current level in the

“Emirates did try to

stem the losses by proposing to pay for fuel in Nigeria in Nairas, which would have at least reduced one element of our ongoing costs, however this request was denied by the supplier. This means that

not only are Emirates’ revenues accumulating, we also have to send hard currency into Nigeria to sustain our own operation. Meanwhile our revenues are out of reach and not even earning credit interest.

Apart from Emirates presently, British Airways have also reduced their frequencies of late and due to Forex issues Africa world Airlines is also cutting back on Nigeria flights; a move that has further reduced connectivity into the West African nation

Some theorists are of the opinion that with all the funds stuck, it is high time Nigeria government supported it’s airlines to operate Internationally instead of all domestic airlines battling for routes within the country with barely 30%load capacity as their foray into the international market will aid in capital flight reduction and improve connectivity, if they do the business well.

An expert who spoke further to NigerianFLIGHTDECK on the development opined that the reduction of the Emirates frequencies will just be the tip of the iceberg, especially as airlines globally are facing many headwinds at the moment which include; labour cost inflation, elevated Jet A1 prices and increased competition post the Covid 19 period to name a few.

He stressed,”For operators to literally have 50% of the route revenue locked in and inaccessible in Nigeria will no doubt affect the ability to finance their operations.

“The net effect of the reduction of frequencies will automatically mean fares will increase and will lead to further inflation in the country.

He said, “Whilst we have a Nigerian competitor, Air Peace, operating into the UAE this may offset some of the increase in prices and may help Air Peace load factors but domestically they are fighting their own battles with a depreciating Naira and increasing fueling cost.

“What about London where we don’t have a Nigerian competitor? BA and Virgin has simply increased their fares and this will be the norm going forward,” he said.

According to him, this development will put travel out of the reach of the recreational traveller and will reduce travel to essential travel only or travel for the wealthy.

He added,” Less competition, increased fares and higher load factors will help the carriers be more financially viable but it is detrimental to the travelling consumer and the local aviation economy; ground handlers, caterers, fuelers, hotels etc.

“The Nigerian government must prioritise aviation; domestic and international as a strategic industry and allow the ease of doing business in this critical sector as if aviation is stifled so will economic growth.

“Sadly, the BA and Emirates decisions to reduce frequencies were well predictable and ample time was had to take corrective action and yet nothing was done. I forecast more reductions in frequencies going forward into the country, not only does this isolate Nigeria from international connectivity further the knock on effect on aviation employment and the economy that it creates will have a snowball effect in the coming months.

“Again the Nigerian traveller will be expected to pay significantly more in fares.

Importers of products via air cargo will also see rates rise as the reduction in capacity will also affect the cargo capacity available on the reduced frequencies which is expected to see load factors go up; thus reducing space available for cargo. This will also feed into the inflation measure as import costs will increase.

“There have been alarm bells a plenty; which have been ignored, tighten your seat belts for the economic impact…..” he warned.

Tags Unremitted Funds: How Emirates; others' decision will impact travel in Nigeria

Nigerianflightdeck is an online news and magazine platform reporting business stories with a bias for aviation and travel. It is borne out of the intention to inform, educate as well as alter perceptions with balanced reportage.
Previous LAAC Conference: Not all airports meet 24 hour operations-Finchglow GMD deduces
Next NAHCO Plc pays out N665 million as dividend to shareholders as turnover grows by 44%