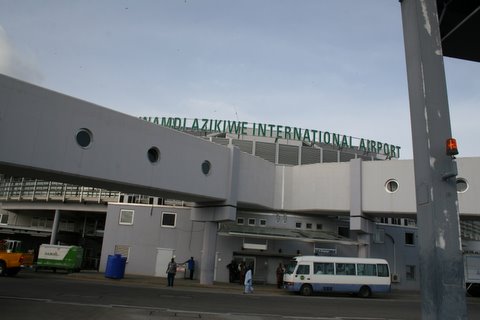 Joint Action Committee of Unions of the Federal Airports Authority of Nigeria(Nnamdi Azikiwe International Airport Abuja) have initiated moves to resist plans geared towards ceding of revenue points including access gates, car parks without proper agreements and have issued a one-week period for their national executives to take a stand on the matter.

This is just as the unions consisting Air Transportation Senior Staff Services Association of Nigeria( ATSSSAN), National Union of Air Transport Employees ( NUATE) and the Association of Nigerian Aviation Professionals( ANAP) say that any agreement to ceding any revenue point for concession must include returns of monies exceeding the existing benchmark accruable to the airport and also raised concerns over plans to concession protocol lounge (VIP) of Nnamdi Azikiwe International Airport Abuja.

The Unions in the communique signed after a joint Congress Wednesday, 11th January, 2023 called on all unions National Executives as a matter of urgency to compel the FAAN management to review if possible stop these impending underhand agreements before they reach fruition.

According to a union member, in a private chat with NigerianFLIGHTDECK even the VIP lounge slated for the proposed concession houses the office of the Managing Director of FAAN, as since the agency moved to Abuja it is yet to get a building that houses it’s relocated staff.

FAAN and other agencies, it would be recalled were directed three years ago in a letter dated May 4, 2020 FMA/PMD/7061/T/4 and signed the Director, Human Resource Management, Alhaji Mohammad Shehu on behalf of the Minister of Aviation to relocate to Abuja, till date most agencies are yet to settle.Hence the unions’ argument that it is counterproductive to concession willy nilly, hence the call for congress to sensitise members while the matter has been escalated to our various national organs to ensure these are nipped.

The communique read,”All unions National Executives should as a matter of urgency compel the FAAN management to review if possible stop any impending agreement related to the concessioning of protocol lounge (VIP) of Nnamdi Azikiwe International Airport Abuja.

“All unions executive should call the attention of FAAN management as stakeholders not to accept any form of ceding of any part of the airport particularly access gate, car parks and other revenue points of the airport without proper agreements on returns of monies exceeding the existing benchmark accruable to the airport.

“That all existing concession related to lounges, car parks access gates and various revenue should be reviewed to ascertain in order to their level of compliance in terms of remittance of agreed amount to the government.

The source equally explained that,”Based on the experience in past concessions of most of our revenue points. Those involved in the deal have always undervalued our revenue points to their own advantage and corner them to their friends and cronies. At the end, non remittance is always the case; in most cases, FAAN is always at the receiving end.

“Recently, we heard a rumor that there’s a proposal to concession our VIP protocol lounge where we manage well and generate reasonable revenue annually. Certain categories of stakeholders also use this lounge based on their status; eg : the first class traditional rulers, former presidents and vice, Governors, Senators, House of Reps, ministers. head of judiciaries, national merit awardees and diplomats.etc.

“It’s pertinent for you to know that our MD’s office is located in the lounge they’re proposing for concession. In order not to be taken by surprise, hence the call for congress to sensitise our members while the matter has been escalated to our various national organ and all FAAN branches of our various unions has also been issued red alert if management continue with their obnoxious attitude to go ahead and concession our revenue points without considering the existing revenue target thereby ignoring stakeholders and running away from transparency.

“The congress has given the National Executive of various unions a one-week period to take a stand on this matter.

It stated,”That the branch would resist any secret move to concession the access gate and VIP protocol lounge and other revenue points without due process been strictly adhered to.The unions use the congress to sensitise their members on unethical attitudes to work and encourage them to be professional in carrying out there duties towards achieving organisational goals.

Nigerianflightdeck is an online news and magazine platform reporting business stories with a bias for aviation and travel. It is borne out of the intention to inform, educate as well as alter perceptions with balanced reportage.
Previous Nigeria Air: Defendants seek case transfer from Lagos to Abuja as AON prepares to challenge transfer motion
Next MMA2 Training Academy gets NCAA accreditation