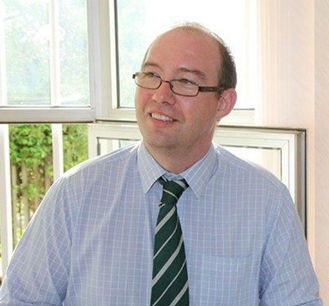 THE United Kingdom has appointed Ben Llewellyn-Jones OBE, the new British Deputy High Commissioner (DHC) in Lagos, Nigeria. He takes over from Ms. Harriet Thompson who recently concluded four years as DHC in Abuja and Lagos.

Ben Llewellyn-Jones is an experienced diplomat who has worked in different parts of the world including previously in Nigeria. Ben will be focusing his time and energy on supporting trade, investment and development in Nigeria and growing commercial links between the UK and Nigeria.

Throughout his career Ben Llewellyn-Jones has held a range of responsibilities including leading UK policy to prevent dangerous climate change, and work to support UK agencies tackling organised crime. He served as the Deputy Head of the Climate Change and Energy Group at the UK Foreign and Commonwealth Office in 2009 to 2010, and the Head of the Third Country Relations Team at the UK Home Office in 2006. He worked in Brussels at the UK’s Permanent Representation to the EU for four and a half years, and has led the UK delegation at a number of EU and UN senior multilateral meetings.

He was awarded the Order of the British Empire (OBE) by HM the Queen in 2009 for his service to the Foreign and Commonwealth Office (now Foreign, Commonwealth and Development Office).

Ben is married to Laura and together they have two young children. He enjoys sport, in particular rugby, football and boxing, and spending time with his family. He and his family are looking forward to their second stay in Nigeria, and getting to know and enjoy Lagos.

To mark his arrival Ben Llewellyn-Jones said: “It’s great to be back in Nigeria and I‘m very excited about this new role.  I thoroughly enjoyed my three years in Abuja, and I know that Lagos will be a fantastic place to live and work. I am looking forward to reconnecting with old friends, making new ones and doing all I can to support trade, investment and development in Nigeria.”

Nigerianflightdeck is an online news and magazine platform reporting business stories with a bias for aviation and travel. It is borne out of the intention to inform, educate as well as alter perceptions with balanced reportage.
Previous Delta resumes Lagos to Atlanta four times weekly, adds extra safety measures
Next Arik Air set to be rebranded; renamed Nigeria Eagle