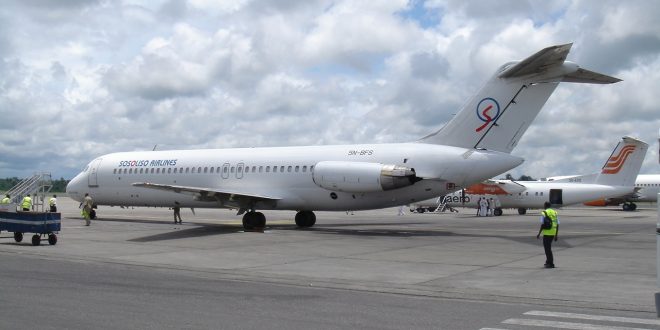 Sosoliso: a fatal painful crash with a combination of bad decisions

NigerianFlightDeck 28th August 2016 Blast from the Past 2 Comments 2,784 Views

TO say the Sosoliso Airline crash is Nigeria’s saddest crash is not an understatement given the fact that it took with it no fewer than 50 children and some notable personalities plus all the melee that happened post crash when it was time to pay compensation to the victims’ family.

Sosoliso crash was one of the reasons government scrutinized the aviation industry and even come up with the recapitalization policy.

It was an airline that operated for just five years, one of the short-lived airlines that started with a lot of promise but ended up making air travellers recoil and start reusing the proverbial nightbus.

Originally based in Enugu Airport, Sosoliso Airlines Limited was a scheduled, domestic, passenger airline established in 1994 and started operations in July 2000.

On 10 December 2005, Sosoliso Airlines Flight 1145 from Abuja to Port Harcourt crashed on landing with 110 people on board. 2 persons survived. Bimbo Odukoya (A popular Christian speaker) and over 50 students of Loyola Jesuit College, an Abuja-based secondary school, were among the dead. It is reported that a witness states that the plane was struck by lightning about 40 or 50 metres from touching down and the fuel in the wing caught fire and it exploded. This has not yet been confirmed by any authorities.Following the crash, President Olusegun Obasanjo ordered all Sosoliso planes grounded.

Sosoliso Airlines Flight 1145 (SO1145/OSL1145) was a scheduled domestic passenger flight between the Nigerian cities of Abuja (ABV) and Port Harcourt (PHC). At about 14:08 local time (13:08 UTC) on 10 December 2005, Flight 1145 from Abuja crash-landed at Port Harcourt International Airport. The plane, a McDonnell Douglas DC-9-32 with 110 people on board slammed into the ground and burst into flames. Immediately after the crash, seven survivors were recovered and taken to hospitals, but it has since been reported that four of those survivors have died in hospital care, leaving three survivors, two of whom were flown to South Africa. In the end, two people survived.

It was the second air disaster occurred in Nigeria in less than three months, after Bellview Airlines Flight 210 which crashed in 22 October 2005 with reason unknown, killing all 117 people on board. It was the company’s first and only fatal accident.

The Accident Investigation Bureau concluded that the probable cause of the crash was due to the crew’s decision to continue the approach beyond the Decision Altitude without having the runway insight. The adverse weather condition, were listed as contributing factors.

After grounding of the airline, there was the issue of paying compensation to the families of the victims’ Sosoliso Airlines wanted to pay a compensation of USD10, 000 as opposed to the International Civil Aviation Organisation (ICAO) stipulated USD100, 000 this generated a lot of controversy.

Sosoliso said when it got its license and all its documentation was based on USD 10,000 and was trying to exclude itself from the revised ICAO rules.

Up until this day, it is unclear if the victims’ families and/or next of kin have gotten any compensation from Sosoliso.

During all this hurly-burly, government set a deadline of 30 April 2007 for all airlines operating in the country to re-capitalize or be grounded, in an effort to ensure better services and safety. Sosoliso, given all its challenges and inability to operate due to its baggage was one of the seven airlines that failed to meet the deadline and as a result would not be allowed to fly in Nigeria’s airspace with effect from 30 April 2007.

What annoyed government and the general public about the Sosoliso case was the fact that among the passengers were about sixty-one secondary school students from Loyola Jesuit College in the Federal Capital Territory region of Nigeria At first Loyola Jesuit College students from Port Harcourt traveled between school and their homes via buses using the roads. Rising crime along roads during the 1990s made parents believe that road travel was too dangerous.

Also among the victims were two volunteers for Medecins Sans Frontieres/Doctors without Borders en route to work in Port Harcourt, Hawah Kamara and Thomas Lamy, as well as televangelist Bimbo Odukoya, pastor of the Fountain of Life Church, who succumbed to her injuries the day after the accident.

Another painful aspect of this crash is the fact that many passengers survived the initial impact and died in the resulting fire. Port Harcourt Airport had one fire truck and no ambulances calling to question the competence of the airport authority at that time.

Nigerianflightdeck is an online news and magazine platform reporting business stories with a bias for aviation and travel. It is borne out of the intention to inform, educate as well as alter perceptions with balanced reportage.
Previous Organizing Your Travel Plan 101
Next Black out cripples Nigeria’s busiest airport as FAAN explains incident