IN a bid to execute a transparent and successful concession of the nation’s airports, Minister of State, Aviation, Senator Hadi Sirika has asked unions represented by the Air Transport Senior Staff Services of Nigeria (ATSSSAN) and the National Union of Air Transport Employees (NUATE) become members of the concession Project Delivery Committee, to enable them make inputs to better the process.

Sirika, who came specifically to clear mistaken beliefs arising from government’s pronouncement that it would concession airports, stated that said concessions of the airports would be a major benefit to the country.

Sirika reiterated that the airports as they are, were a major blemish which needed improvement stated that the dynamo behind government’s resolve to concession was the over-riding national interest in ensuring the establishment and sustenance of world-class standards in infrastructural development and service delivery. 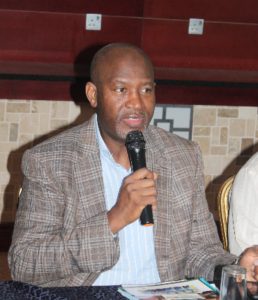 He assured the unions that concession is not tantamount to privatization or outright sale and explained that the institutions being concessioned remained the properties of the Federal Airports Authority of Nigeria (FAAN) and Nigeria further stating that more jobs will be generated at the end of the day.

The Minister said,”You see government has no plans whatsoever to sell national assets but it was sheer misconception. But the truth is that government does not have money to invest and even if they could, with the sheer bureaucracy it could take ten years and Nigerians are tired of what is on ground and want something new.”

He argued that a private investor like those who built airports at Doha, Dubai could provide funding for such a project and accomplish it with ease, giving this country a state-of-the-art terminal facility devoid of the problems of the current ones and after a period, as the term concession implies return said facility to the country.

“Let us tell ourselves the truth, the air conditioners are not working, toilets are not working, the same terminal we have in 1979 is still there and government does not have the money to put the infrastructure at these airports, 22 airports with 2 General Managers at Level 17 each?”

He said,”It was extremely important and the vision of the government that we should involve and engage all the stakeholders and all the people who have a stake in what we are doing especially on the concessioning of our airports, creation of a national carrier, aviation leasing company, MRO and all of the things we intend to do through private sector driven model of doing business. We thought it in our wisdom to begin to talk to all stakeholders to get their buy in to begin to understanding of what we mean and try to define a difference between concession and privatization. “

“You get a small shop selling cigarettes and you call it concessioning in Nigeria because the word has been misused but I think we understood ourselves, we discussed, we brainstormed and this is just the beginning of the process but what is critical is that the Project Delivery Team that we set up for the concession, we’ve thrown it open to them that they can come and participate and partake and we are all in agreement that Nigeria needs better infrastructure, Nigeria dies not have the money, Nigeria used to make $140  to a barrel  of 2.2million barrels a day, that’s is $300million dollars a day.”

“Today, we do like 800,000 to $30, $40 per barrel. That is 10 per cent of what we did before. The money is not there, we are in recession it’s been established and the government cannot invest money in infrastructure anymore. We cannot continue also to borrow, what we can do is we can get people willing to bring in their money and invest and get in very quick, finish real quick, make money real quick and get back real quick and bring back the asset to the people.”

“Especially as APC in government is a social democratic government in nature, we think of the people first and we can never sell their asset. We will promote, protect, develop and make better their asset because it’s a national asset that belongs to 180 million Nigerians “

President of ATSSSAN, Comrade Benjamin Okewu, who spoke on behalf of the unions said the unions were not in total agreement with the planned concession of the revenue generating airports but agreed that concession done in other climes had resulted to increased revenue, building of infrastructure and other developments.

He further expressed fears on the concession, seeing how the Bi-Courtney Aviation Services Limited (BASL) concessioning has gone so far and how the Maevis concession ended up a drain pipe to FAAN. He further told the Minister that FAAN workers were apprehensive of their fate in the entire concession gamut especially as regards pensions and gratuity.

He however said the unions will meet to consider the Federal government’s position and put theirs forward.

Okewu also told the Minister that the unions will have to meet to determine whether they should or not join the Project Delivery Committee which the Minister invited the unions to join stating that they would get back to him on the request, while thanking him for the gesture.

Recall before the Eid Mubarak celebrations the Minister had inaugurated two committees to mid-wife the process;  a Project Steering Committee which will provide the general direction, and steer the course of Public Private Partnership project concessions in the Aviation Sector.

The other committee is the Project Delivery Committee with a charge on members to be diligent and patriotic in the implementation of the decisions and policy guidelines as approved by the Steering Committee, as their success or failure would determine the fate of the whole process.

Among the Committee’s Terms of Reference are:  Approval of technical, financial and legal framework for the successful preparation and execution of the  provision of policy guidelines and general direction on all matters relating to PPP and concession of projects and programmes in the Aviation Sector; consider and facilitate necessary permits, clearances and carrying relevant stakeholders along in the processing of PPP / Concession matters; approve action plans, budgets and financial requests submitted by the Project Delivery Committee; and serve as the final decision-making body on PPP / Concession matters on air transport generally.

Nigerianflightdeck is an online news and magazine platform reporting business stories with a bias for aviation and travel. It is borne out of the intention to inform, educate as well as alter perceptions with balanced reportage.
Previous Cardiff Aviation, Air Djibouti support Lola’s solo flight round the world
Next Minister initiates plan to save Aero Contractors