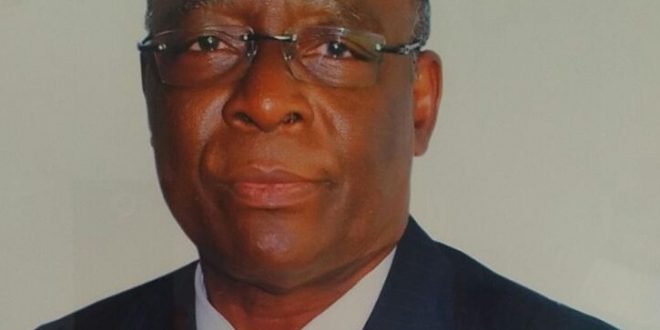 WITH last week’s re certification of the Approved Training Organisation (ATO) certificate of International Aviation College, Ilorin the college is set to resume training of Fixed Wing Pilots in the flying school and Flight Dispatcher Courses only as it declares that its capacity to train has been enhanced.

Rector of the IAC, Engineer Benedict Adeyileka made this known in an interview with Nigerianflightdeck.com today stating that the recertification was done as the college closed a remarkable number of findings noticed by the Nigerian Civil Aviation Authority (NCAA).

An ATO certificate, is an authorization from the NCAA given approval for the college to operate. It is an equivalent of an Air Operators Certificate (AOC) and an Aircraft Maintenance Organization ( AMO) but for the intention of training.

Senior Special Assistant (SSA) on Media to Gov. Abdulfatah Ahmed of Kwara state, Dr Muideen Akorede had at the weekend announced the restoration of the ATO which he said was communicated to the college through a letter dated Oct. 3, 2018.

He added that the letter was titled “Lifting of Suspension of Approved Training Organisation (ATO) Certificate number: ATO/AA/004”.

Akorede noted that the NCAA hinged its decision to restore the certificate on “the closure of a good number of the findings” by the management of the International Aviation College, Ilorin.

The letter also noted “the remarkable commitment demonstrated in closing the remaining findings as verified during the recent Recertification Audit of your college.”

Adeyileka who explained the benefits of the ATO and the College’s capacity to commence training said,”the ATO is an authorization from the NCAA to operate as a college, it’s an equivalent to an AOC, AMO. An ATO is on the category of an AOC and it has operations specifications like the former. It tells us what we can do: train pilots, do Personal Pilots Licensing ( PPL), some also do instrument rating and the likes and with our approval we can expand from there.”

” the certification means a lot, it would ensure the safety of training because safety in this business is paramount. We will be resuming training for the flying school and the dispatchers. However, we have not gotten the go ahead for helicopter training because we are waiting for our instructors to renew their licenses. As soon as we have this, we can start. But we start training for the fixed wings.”

On equipment for training, Adeyileka said, the college has three simulators, two for fixed wigs and one for rotary wings.

” We have training aircraft revving to go. We have three Diamond Aircraft ( DA-40) these are single engine aircraft and we also have Diamond Aircraft ( DA-42) twin engine aircraft. In total we have eight aircraft six are fixed wings and two are rotary wing Bell-20 helicopters and we currently have four single engine and one twin engine and these are enough to commence training in the flying school.”

A letter issued by the NCAA to the effect of lifting the suspension read that the Approved Training Organisation (ATO) Certificate was issued in accordance with the provisions of the Civil Aviation Act 2006.

Nigerianflightdeck is an online news and magazine platform reporting business stories with a bias for aviation and travel. It is borne out of the intention to inform, educate as well as alter perceptions with balanced reportage.
Previous Akwaaba Travel Market partners ADWT for Africa -Africa Diaspora Tourism event in 2019
Next Turkish Airlines provides Business class passengers opportunity to choose meals before flights