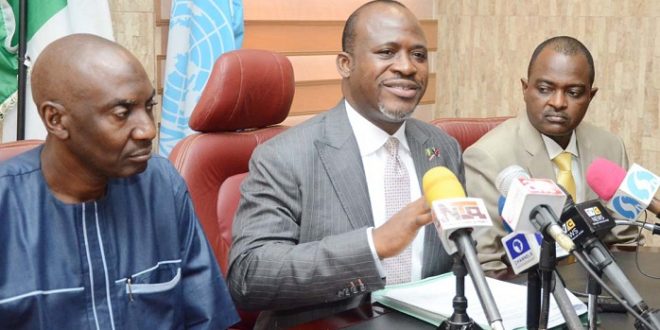 Relevance of accident investigation and prevention to Nigerian aviation

Share
JUST how relevant is accident investigation to a country, especially one like Nigeria that has in the past had a torrent aircraft accident past? Last week, this was all brought to bear when aviation investigative body, the Accident Investigation Bureau (AIB) released another set of four accident investigation reports bringing the number of reports of accidents in the Nigerian aviation industry this year alone to 10.
This commendable feat however goes beyond release of reports as these reports are churned out to enable airlines, aircraft and engine manufacturers, service providers and even regulatory authority learn to improve a constantly advancing industry and prevent further repetition of such accidents.
Nigeria as a country has had its fair share of high-profile accidents in the past but in all honesty since the extraction of the Accident Investigative and Prevention Bureau(AIPB) from the ministry in 2006 by the Civil Aviation Act and since commencing operations in 2007 as Accident Investigation Bureau(AIB) it has to be told that high-profile accidents have reduced substantially.
However, the idea is to eradicate accidents from the airspace or ensure they are negligible  and it is this reason that the true function of the AIB, making safety recommendations, must come to bear.
When accidents happen, the AIB’s function of looking into the cause both remote and immediate is important but not to be used to apportion blames as the reports are mainly used to make recommendations to relevant authorities to forestall such an occurrence again.

” We have put together a joint implementation committee that will enable the AIB monitor safety recommendations compliance and point out where it is not being implemented so the regulatory body can enforce. It is the most important part of the accident investigation because if no safety recommendation is made the the report is incomplete and if such recommendations are not implemented then we have not learnt anything from the incident.”
” in carrying out investigations we are thorough and painstakingly ensure everything is done as required by Annex 13. When investigating, we release a preliminary report which we send to all involved, airline, regulator, aircraft hull manufacturer, engine manufacturers so they can make their input and I have to tell you this process makes it near impossible for anyone to challenge the report because it follows due process.”

According to the AIB Commissioner, one of the major impediments to accident investigations is funding and the AIB is not a service provider nor is it a regulator and cannot generate any revenue to aid its activities and so relies solely on grants from the State, which is inadequate.
“We need funding, the National Assembly and the minister has been of great help in making these reports see the light of the day but much more is needed.. We are handing another popular accident which we have ant the engine out  for testing and that with our investigators will take N600million this is what we receive from government annually.”
He also identified the late reportage of accidents to the AIB as another impediment, stating that immediately  there is a crash or an incident, reports also need to be made to the investigators because their work starts immediately so as for the site of the incident/accident not to be tampered with.
” Getting information is also a challenge, sometimes incidents happen and the airline or pilots reports to the NCAA and that is it but it goes beyond that, the AIB has to be informed immediately to carry out investigation to get to the route of the accident.”
” We have also launched a mobile app to ensure easy and quick reports of accidents and incidents so we can mobilize to the site of an incident on time, especially when we get real time information.”
“Today one of the result of the simplification is presented to you;- the AIB Mobile Application. In the information age we find ourselves, having a smart phone is no longer luxury but essential.
He continued, “Tapping into this, the development of a mobile application is essential to our processes as it extends our relationship with users by providing better access to news and updates, convenience, live reporting by eye witnesses in the event of accidents or incidents. Pictures can be uploaded on the app. This can assist greatly in investigations.”
“AIB Mobile App as it is called, gives us a new and more convenient way to receive Aircraft Accident Report in real-time, thus increasing promotional opportunities with push notifications and more which depicts its core objectives of Accident and Incidence investigation reports.”
“This app would improve the engagement with Nigerians by providing easy and open access to the Bureau and its activities. The launch of the AIB Mobile Application today is one of many processes to ease communication as we continue to work towards providing a safer sky for the flying public.”

Nigerianflightdeck is an online news and magazine platform reporting business stories with a bias for aviation and travel. It is borne out of the intention to inform, educate as well as alter perceptions with balanced reportage.
Previous Med-view offers tourism package, huge baggage allowance as it sets sight on Dubai December 7
Next ATSSSAN petitions BPE, NCP, others over SAHCOL non-enlistment on NSE