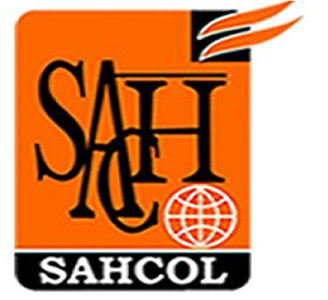 AIR Transport Services Senior Staff Association of Nigeria (ATSSSAN)has accused the management of Skyway Aviation Handling Company of Nigeria (SAHCOL) of what it described as willful infractions stating that the handling company is contravening the Public Enterprises (Privatisation and Commercialisation) Act 1999 with its refusal to be enlisted on the Nigerian Stock Exchange (NSE) eight years after privatisation.

A petition dated July 31, 2017, written to the Bureau of Public Enterprises (BPE) with the head: ‘Appeal to redress wilful infractions by SAHCOL’ and made available to our correspondent also copied The Chairman, National Council on Privatisation, Vice President Prof. Yemi Osinbajo, Minister of State for Aviation, Sen. Hadi Sirika and Minister of Labour and Productivity, Dr. Chris Ngige.

The petition was signed by Deputy General Secretary, ATSSSAN, Mr. Frances Akinjole who also accused the management of the ground handling company of denying them their statutory 10 per cent equity shareholding in the organisation, as against the Public Enterprise Act of 1999.

The petition read in part: “We may recall that SAHCOL was privatised in 2009 pursuant to the Public Enterprises Act 1999. It is appalling that several years after, SAHCOL still finds it comfortable to deny staff of the company their statutory 10 per cent equity shareholding in the company despite the immense sacrifices the workers continue to make for the success of the organisation.

The union also recalled that BPE was a party to an agreement reached with SAHCOL on August 22, 2007 on the mode of divesture of Federal Government of Nigeria from the entity.

The petition urged the bureau to immediately intervene on the issue, warning that it might be compelled to result to self-help to address the issue.

However, our correspondent gathered that the petition may have resulted into the Director-General of BPE visiting the ground handling company recently for first-hand-assessment of the company about few weeks ago.

It was gathered that he met with some union leaders in the company who confirmed the allegations against the management of the organisation, before going into a closed door meeting with the company’s management

When contacted, the spokesman of SAHCOL, Mr. Basil said, “The petition is strange to me. Yes what you have said is right but what I don’t understand is that is it our duty to do that because SAHCOL is still under the monitoring of BPE.

“We have a duty and the duty is what we are performing now to ensure that we make SAHCOL a success story and we have been fulfilling that obligation.

I am not so sure that it is our duty to take that step (go to stock market). This petition you are talking about, I don’t have a copy of it, I am not aware of it. That is why the petition was not sent to us. If it is our duty we would have gotten the petition.”

Nigerianflightdeck is an online news and magazine platform reporting business stories with a bias for aviation and travel. It is borne out of the intention to inform, educate as well as alter perceptions with balanced reportage.
Previous Relevance of accident investigation and prevention to Nigerian aviation
Next Delta marks10 years of service to Nigeria as airline airlifts 1.12million passengers