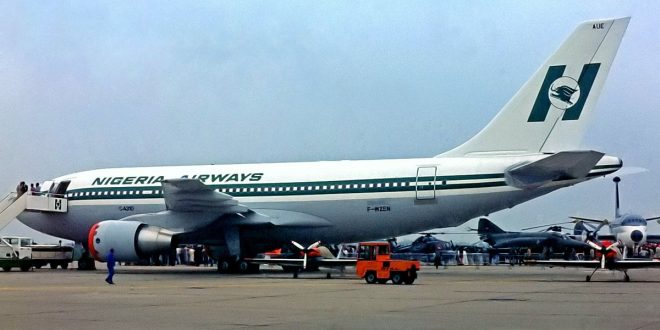 MINISTRY of Finance on Monday has announced that President Muhammadu Buhari has approved the immediate release of N22.68 billion which is 50% of the 45.3billion of the total entitlements for ex-workers of Nigeria Airways.

A statement by the ministry, revealed that the move came after an initial submission by the former workers, which totalled their benefits as N78 billion also the ministry announced the release of N20billion for ASUU for revitalisation of public universities.

On the affected ex-airways benefits, the N45.3 billion was reached after a verification by the Presidential Initiative on Continuous Audit (PICA) and other relevant stakeholders in line with the conditions of service of Nigeria Airways Limited in liquidation and other extant rules and regulations.

The release of the funds was posted in a tweet by the ministry’s handle, reading: “President Muhammadu Buhari has graciously approved the immediate release of N22.68billion & N20billion as retirement benefits of ex-workers of the NigeriaAirways limited (in Liquidation) & ASUU’s request for revitalization fund of public universities.

“This amount was verified by PICA & other relevant stakeholders in line with the conditions of service of Nigeria Airways Limited in liquidation and other extant rules and regulations. At the end of verification, N45 billion was agreed as total retirement benefits of affected staff.”

Zainab Ahmed, the Finance Minister, subsequently tweeted: “15 years after, I’m happy to announce today, that President Muhammadu Buhari has approved the immediate release of N22.68 billion, being 50% of N45.3 billion total entitlements of the Ex-workers of Nigeria Airways Limited in Liquidation.”

Recall that a pensioner with the defunct Nigeria Airways who has been at the forefront of agitations, Engineer Lookman Animashuan, who spoke to Nigerianflightdeck.com said last week that they had made presentations to the Minister of Finance who promised something would be done about the payment.

“This is a new twist as Federal Government had hinged payment of our people before the commencement of operations of Nigeria Air. However, national carrier or no has nothing to do with the payment. As you are aware this issue has been over 14 years. The good development is that we met with the Minister of Finance and she said she will do something about it. in fact there and then she started making calls and she promised she will get back to us.”

Nigerianflightdeck is an online news and magazine platform reporting business stories with a bias for aviation and travel. It is borne out of the intention to inform, educate as well as alter perceptions with balanced reportage.
Previous Air Peace relaunches Asaba route October 8, adds Abuja to service
Next Azman Air: NAMA says airline never declared emergency