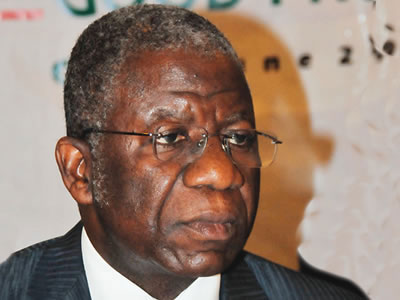 LABOUR unions in the aviation sub-sector have asked President Muhammadu Buhari to discountenance the segment in the Steve Oronsanye Report pushing for a merger of the regulatory agency with service providers in the industry, describing it as ill-advised with far-reaching international consequences able to truncate any momentum garnered.

Reacting to the 2012 Committee report, the unions said the Committee does not possess adequate knowledge about Nigeria’s obligation in the area of establishment of a State civil aviation system as prescribed in relevant documents of the International Civil Aviation Organisation (ICAO), to which Nigeria is a signatory to its Convention (the Chicago Convention 1944) and an active member.

The letter in part read, “We, in the aviation unions, use this medium to caution the Federal Government of Nigeria and President Muhammadu Buhari (GCFR) against approving the recommendation by the Oronsaye Panel for the merger of the Nigerian Airspace Management Agency (NAMA) and the Nigerian Meteorological Agency (NIMET); both aviation services providers with the Nigeria Civil Aviation Authority (NCAA), the apex regulatory authority for civil aviation in Nigeria.

“We must draw Government’s attention to the fact that the proposed merger, if actualized, will attract both the Federal Aviation Administration (FAA) IASA CAT1 and the ICAO Universal Safety Oversight Audit (USOAP-CMA) queries. Let it be known to all and sundry that there are specific audit protocols/questionnaires that speak to the independence/autonomy of the civil aviation regulatory authority (NCAA).”

“Having toiled to attain and retain the FAA CAT1 rating and having been adjudged by ICAO as one of the frontline states in Africa in the ICAO USAOP-CMA audit, Nigeria cannot, at this point, afford to reverse and or sacrifice these monumental achievements at the altar of the proposed merger which in fact is contrary to the prescriptions of ICAO.”

The unions also pointed out that ICAO’s effort in promoting the autonomy of the civil aviation regulatory authorities worldwide has paid off, as most civil aviation bodies today have gained regulatory, operational and financial autonomy which has significantly led to enhanced their safety oversight capability

The group further explained,” Another reason why the government should not uphold the recommendation of merger of NAMA, NIMET and NCAA is that whereas the first two are; air navigation services provider (ANSP) which includes provision of over-flight services to international flights crossing Nigeria Airspace, and aero meteorological services provider respectively, the NCAA is the industry regulatory agency.

“Therefore, merging them will put the “merged entity” in a position of conflict of interest i.e. a situation whereby a service provider will now regulate itself – a very serious and challenging phenomenon that, in the long run, will result in complacency, corruption and inefficiency in service delivery.”

The unions further urged the Federal Government to, without further hesitation, discountenance the recommendation of the committee on the merging of the three aviation agencies stating that if the intention is to reduce the cost of governance then it got it absolutely wrong because NCAA stands alone as a regulator enabled by its establishment Act (civil Aviation Act 2006), that is, to regulate civil aviation and air navigation in Nigeria.

Explaining further, the unions said NAMA and the NCAA do not get any subvention from the federation account as they both Internally Generated Revenue (IGR) agencies with huge capital requirements that are funded from revenue they generate from the services they provide to the aviation industry.

Nigerianflightdeck is an online news and magazine platform reporting business stories with a bias for aviation and travel. It is borne out of the intention to inform, educate as well as alter perceptions with balanced reportage.
Previous COVID-19: NUATE advises FG on how to implement intervention in aviation
Next Canada Evacuation: Nigerians laud FG’s insistence on using indigenous carrier