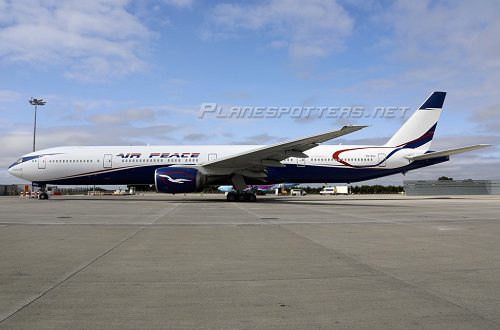 FOLLOWING the revelation that the Canadian High Commission was stalling Nigeria’s evacuation of its citizens with an indigenous carrier, the nation’s insistence on sticking to Air Peace has been commended by many as an act of true nationalism

The federal government designated the Nigerian airline to airlift the evacuees but the Canada High Commission preferred Ethiopian Airline to bring Nigerians back to the country at higher cost and spending longer time because it would first take the evacuees to Addis Ababa before bringing them to Nigeria.  Read this before: Canada frustrating Air Peace’s evacuation flight, positions Ethiopian Airlines for flight

However, federal government has defied the Canada High Commission in Nigeria, insisting that the Nigerian carrier it so designated must evacuate the Nigerians from the North American country.

According to the itinerary, Air Peace was scheduled to airlift Canadian citizens from Nigeria and take them to Canada and then evacuate Nigerians from that country from Toronto and another stop in Cagliari and bring them back to Nigeria.

President of Aviation Round Table (ART), an industry think tank group, Dr Gbenga Olowo has commended the action taken by the federal government so far, especially the Minister of Aviation, Senator Hadi Sirika and the Minister of Foreign Affairs, Godfrey Onyeama for insisting that a Nigerian carrier should be allowed to airlift the evacuees.

Dr Olowo said that a foreign carrier should not be allowed to evacuate Nigerians when there are Nigerian carriers that are capable of doing that.

“The ART strongly support the federal government for maintaining its position that a Nigerian carrier should evacuate Nigerians from Canada and any other country. This is not a commercial flight; this is emergency flight operated under a force majeure situation. This does not require commercial agreement or Bilateral Air Service Agreement (BASA). But what they want to do is to intimidate Air Peace and deny Nigeria the opportunity of its own airline to evacuate Nigerian citizens. The Nigerian carrier is using a very good aircraft, a Boeing 777 ER (extended range), which is very good for the operation,” Olowo who is also the President of Sabre Network, West Africa said.

Industry stakeholder and consultant, Amos Akpan gave kudos to the federal government for standing for its own.

“The federal government has been explaining how it prefers a Nigerian airline, Air Peace, to be the Carrier to bring back Nigerians from Canada. I join to applaud this move.

I have maintained that international flight operation is part of international diplomacy using the aviation business platform. International diplomacy is a war fought on the business fronts. Unless the decision to back Nigerian designated airlines in the international arena is viewed from this perspective, the war would be fought; won or lost, while we are still at the discussion table. If Ethiopian or any non-Nigerian airline operates this flight, it means we lost this diplomatic manoeuvre. Air Peace met the IATA (International Air Transport Association) Operations Specifications Audit. Air Peace met the (the Nigerian Civil Aviation Authority) NCAA’s Air Operators Certification requirements to operate B777 drawn from ICAO International Civil Aviation Organisation) technical specifications. Air Peace carried Israelis to Israel. My point is that Air Peace is technically and operationally qualified like any other country’s airline,” Akpan said.

Speaking in the same vein, a lawyer who is a Senior Advocate of Nigeria (SAN) who had already bought business class ticket for the flight, said that Nigerians and others have already paid Air Peace for the flight and what Air Peace charged was far cheaper than what the Canada High Commission asked the evacuates to pay Ethiopia Airlines.

“I commend the federal government for fighting for our indigenous carriers. I am supposed to be in that flight. I paid for business class for N800, 000. Air Peace charged $1, 134 for economy class and 319 evacuees have paid but Ethiopian Airlines is charging $2, 500 for economy class. This is an emergency flight which all countries are using their own airlines to bring back their people from different parts of the world. Air Peace has met all the requirements to evacuate Nigerians and I hail the federal government for insisting that Nigerian carrier must carry out the operation.

He said that if Air Peace airlifts Nigerians it would take a shorter time to bring them back home but they would spend longer time with Ethiopian Airlines, which “would be like punishment” to the evacuees.

“I think we should support our local airlines. If we don’t support then they cannot grow. They have employed so many Nigerians, they pay their taxes and their employees pay taxes and they contribute to the nation’s GDP. It is high time Nigerians stood for their own for national interest. Air Peace has passed all tests. If Israel, which is highly security conscious, has used Air Peace to evacuate its citizens, it means the airline has good certification. It has passed all the tests required of it,” the lawyer said.

Nigerianflightdeck is an online news and magazine platform reporting business stories with a bias for aviation and travel. It is borne out of the intention to inform, educate as well as alter perceptions with balanced reportage.
Previous Oronsanye report: Unions educate President Buhari on international consequences of mergers
Next FGN confiscates Flair Aviation’s aircraft, interrogates crew