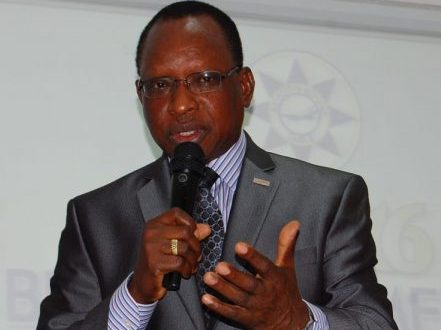 PRESIDENT of the Aviation Round Table (ART), Elder Gabriel Olowo has maintained that Federal government was not toeing the right path on how it has gone about trying to establish a new national carrier and has flayed government’s planned N8.5bn for the suspended Nigeria Air in the 2019 budget proposal to the National Assembly.

Olowo made this known earlier today in Lagos at the launch of a book ‘The Learned Commander,’ authored by Capt. Dele Ore, an erstwhile Director of Operations of the defunct national carrier, Nigeria Airways at his 75th Birthday.

The ART President who made his views known at the book launch argued that government was doing the wrong thing setting aside N500m for Transaction Advisers in the budget, saying that a little of such an amount of money if allocated to technical professionals in the country, would give the government appropriate advice on how to go about the establishing a viable national carrier.

Olowo said: “I read it somewhere that the Federal Government proposed another N8.5bn for the establishment of a new national carrier for Nigeria in the 2019 budget proposal to the National Assembly. Out of this money, N500m was set aside for Transaction Advisers.

“If you give the N500m to people like Dele Ore and co, they will advice you better on how to have a befitting national carrier. However, ART as a body will continue to fight for the interest of the former staff of Nigeria Airways. We will continue to drum it to the ears of the government that what is due to them is paid.”

Also speaking in an interview with journalists, Capt. Ore, expressed sadness over the liquidation of the airline almost 16 years later, saying that the staff were poorly treated by the government.

He insisted that the government was wrongly advised on the liquidation of the airline, adding that another national carrier may not birth until all the former staff were properly remunerated by the government.

He explained that late Umaru Yar’Adua paid five years severance packages of the retired staff, while President Goodluck Jonathan who took over from him refused to pay the staff of the liquidated carrier.

He, however, lauded President Muhammadu Buhari for paying a part of the severance package, but lamented that he and a few others who retired before the airline was liquidated were still not properly paid their dues.

He said: “Nigeria Airways was all I know in my entire life. In fact, someone boasted that once they remove an aeroplane from me, I will be empty. I retired shortly before the airline was liquidated by the Federal Government. The government was ill-advised. It was a costly mistake. To liquidate the airline and not settling the staff was another crime against the staff.

“However, former President Umaru Yar’Adua did a bit by paying the five years severance packages, but Jonathan who was his vice when he took over did not do anything for the workers.

“But, what the government paid recently was just the tip of the iceberg. I for one, I have not been settled. I only received a part of what I am entitled to. I however say kudos to the President (Buhari), but more still needed to be done. This has allowed me to launch my book, which I have been writing in the past eight years. This is my ninth book. The book would be launched properly on March 28, 2019.”

Ore, however attributed non-adherence to business contracts by airline operators in Nigeria for the depleted aircraft fleet in recent

Nigerianflightdeck is an online news and magazine platform reporting business stories with a bias for aviation and travel. It is borne out of the intention to inform, educate as well as alter perceptions with balanced reportage.
Previous FG extends Business Name Registration till March
Next Leadstream Aviation Training gets CAA approval on B737 type rating