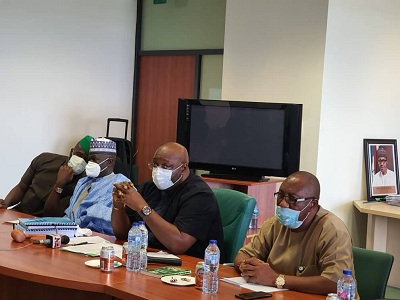 MANAGING Director of Centurion Securities and Secretary of the Aviation safety Round Table Initiative (ART) Group Captain John Ojikutu has told the House Committee on aviation that one way to ensure the survival of domestic airlines in the country is to ensure tickets are factored in dollar $100/naira equivalent.

This is just as he has insisted that another way for the government to aid airlines in Nigeria is to reduce multiple designations by categorizing routes foreign carriers are allowed to.

Ojikutu in his submissions at the ongoing House of Representatives Public hearing on aviation canvassed that foreign airlines designation can be reviewed so they can be allotted just two designations each; Lagos or Abuja and any other one or two at alternate geographical location.

He also said that airlines should not go fighting the regulators for operational losses or bailout if they cannot canvass fair ticket prices.

Ojikutu said in his presentation, “Factor the domestic passengers tickets in dollar rate to the naira; this has been suggested since 1989. Ticket was about N3, 800/N4, 000 or $100 Lagos Abuja when dollar was N40/$. How many airlines charge $100 or N45, 000 at the dollar rate of N450/$ today? Any airline that charges less than $100 or N45,000 for flight to Abuja or for such same distance to Enugu, PH, Owerri, Calabar, Kaduna, etc should not go fighting the NCAA for their operational loses or for government financial interventions.

On other ways to aid airlines, he canvassed for local airlines to pool resources and code-share, not merge as most operators seem to think stating that the 5% ticket/cargo sales charge was never their problem to begin with.

Referencing an earlier speaker he said, “Dr Demuren suggested code sharing among our domestic airlines but unfortunately one of the operators understood the suggestion as merger and said it cannot work. Dr Demuren’s suggestion of code sharing was not the first time. It’s been made several times but it is not the way for single ownership airlines in Nigeria since the early 80s till today.

“It is one reason for the short lifespan of most of the airlines. Therefore, airlines meeting privately with the NCAA may not necessarily solve their financial problems without looking into what has ‘killed’ those before them and what is killing them too. It’s now understood is that the crying about 5% sales charges on tickets, cargo and chartered flights is really not their problems.”

He further called on the operators of the airlines to pay for the services provided at the airports to sustain their operations.

He also called on regulatory authorities to place premium on the safety, security of the sector following so many threats coming out of the nation that could make the sector a target, according to him, the industry has always been high in the list of most international terrorists.

Ojikutu said, “There are about twelve of our airports that are joint user with the air force. What I listened to today clearly shows that we do not have memorandum of understanding of strategic and tactical cooperation, coordination and integration at the necessary level; we need to seriously look into this.

Nigerianflightdeck is an online news and magazine platform reporting business stories with a bias for aviation and travel. It is borne out of the intention to inform, educate as well as alter perceptions with balanced reportage.
Previous Reps say new laws to address multiple designations, to look into forex access for local airlines
Next Senator Adede asks FG to place FAAN on critical funding, slams terminal concession