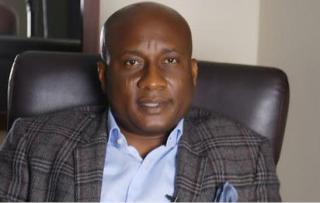 NORTHERN youths have revealed plans to mobilize its members across the Northern States for the peaceful rally at the US embassy over the alleged US$20million indictment of Chairman and Chief Executive Officer of Air Peace, Barr. Allen Onyema by United States Department of Justice raising concern and suspicion over the alleged indictment  and questioning the timing .

The Youth under the aegis of Arewa Youth Patriotic Front while addressing a press conference on Sunday in Kaduna, alleged that the Air Peace Chairman, was being framed in collaboration with some Nigerians to undermine his business interest across Africa.

National Coordinator of the group, Mr. Bagudu Joseph and the Secretary, Yusuf Adamu, said Air Peace Chairman was a man who believed in the unity of the country and threatened to reveal the names of those Nigerians who were collaborating with foreign partners to tarnish the image of the Air Peace Chairman.

Joseph also said the group had concluded plans to hold a peaceful rally at the US embassy in Nigeria to prove that Mr. Onyema was not guilty of the conspiracy.

“The indictment was hasty and ill-motivated as there have been conflicting statements on the saga coming out of the United States. This sudden purported indictment of Barrister Allen Onyema who has been doing business for decades in the US, and for many years he has never been found wanting until now, raises fundamental questions about the bad timing and the growing suspicion of many Nigerians over the motive behind targeting our own distinguished Allen Onyeama.

“Onyema has over the years built a reputation of integrity, a promoter of peace and a hard-working man, and cannot be allowed to be dragged in the mud by a western conspiracy.”

Also, the group’s secretary added that though the group was never against the process of promoting transparency and accountability, “yet, we will not fold our arms and watch helplessly and hopelessly as one of our finest is being coerced and pulled down in broad daylight.”

Adamu said, “We are putting Nigerians on notice that Barrister Allan Onyema is been under trial for standing up in defense and unity of Nigeria. He is being blackmailed and this won’t stand.

“This trial is politically motivated and we will not allow it to stand, we have mobilized our members across the Northern States for the peaceful rally at the US embassy.”

Onyema is accused by the United States Department of Justice for allegedly laundering over $20 million from Nigeria through United States bank accounts in a scheme involving false documents based on the purchase of airplanes.

Nigerianflightdeck is an online news and magazine platform reporting business stories with a bias for aviation and travel. It is borne out of the intention to inform, educate as well as alter perceptions with balanced reportage.
Previous Tony Elumelu Foundation opens applications for TEF Entrepreneurship Programme, January 1, 2020
Next Perimeter fencing keeps N60bn Bayelsa International Airport closed