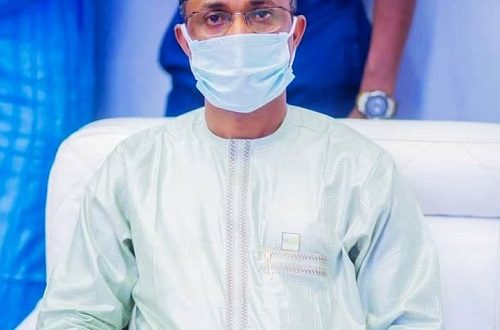 THE Nigerian Meteorological Agency ( NiMet), has said early warning systems against adverse effects of inclement weather conditions are a proven, effective adaptive measure, which can save lives and has called on better synergy between it and disaster managers nationwide.

Reemphasizing the critical role of meteorology on everyday affairs, Director General/ Chief Executive Officer of the agency, Professor Mansur Bako Matazu , made this known during the World Meteorological Day 2022 celebrations held at Abdulrahman Bello Dambazau Conference Centre, Abuja where he reiterated some of the costly effect of such adverse weather.

According to him, the economic value of losses to the 2012 flood was still fresh in mind but that has been on the decline and various effect hazardous weather conditions have been minimal due to early warning

“Though the economic value of the 2012 losses due to flood had proved difficult to forget, losses attributed to weather, and climate related event has been on the decline.

“In 2021, a lot of ‘first’ recorded events took place in terms of rainfall amount but losses have been minimal. This is a direct result of investment in meteorological service to be better positioned to issue timely, accurate and reliable weather prediction.”

“NiMet is the organization saddled with the responsibility of advising the government and people of Nigeria on every aspect of meteorology including the socio-economic impacts of climate and weather. That is why we join the rest of the world to celebrate this year’s 2022 World Meteorological Day, with the theme “Early Warning and Early Action. Hydrometeorological and Climate Information for Disaster Risk Reduction”, to emphasise the critical role of issuing warnings/forecasts early enough for prompt and early action by various stakeholders.”

According to him, to reduce risks associated with weather related disasters, both National Meteorological (NiMet) and Hydrological (NIHSA) services and Disaster Managers (e.g., NEMA, FEMA & SEMA etc.) must work in synergy.

He stressed, “This will assist in better national prevention, preparedness, and response strategies. An example of best practice is the adoption of co-production techniques in the Seasonal Climate Prediction (SCP) of NiMet. Which has over the years served as a multi-stakeholder’s Early Warning Tool.

Nigerianflightdeck is an online news and magazine platform reporting business stories with a bias for aviation and travel. It is borne out of the intention to inform, educate as well as alter perceptions with balanced reportage.
Previous Dana Air introduces roving agents, announces exclusive deals for Miles Club members
Next Nigeria Air: FG warned not to repeat Virgin Nigeria’s MMIA hub debacle