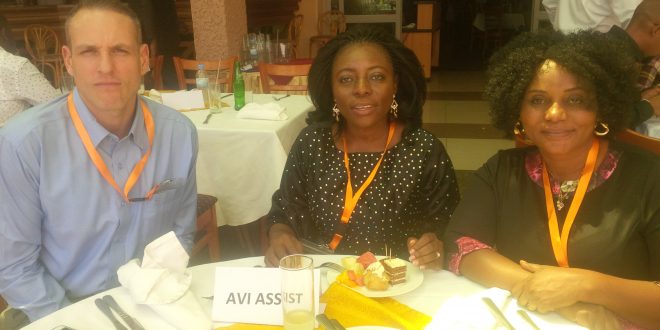 A Nigerian Civil Aviation Authority (NCAA) and Federal Aviation Administration (FAA) licensed Aircraft Dispatcher and Ground Instructor, Mrs. Victoria Adegbe, has called for a review of the laws guiding Charter Flight Operations so that Aircraft Dispatchers can be mandated to ensure safety.

This is just as she urged Civil Aviation Authorities in Africa and beyond to Consider, Adopt, and Ensure that such a recommendation is enforced in the interest of safety in the African skies and further afield.

Adegbe who featured as the only speaker representing West and North Africa at the 6th Safety in African Aviation Conference held in Kigali, Rwanda on September 13 -14, 2018, stated that the safety rule in commercial aviation was the aircraft dispatcher, however in the case of Charter flights; the dispatcher only has delegated functions but not responsibilities that ensure safety.

She noted that the law guiding General Aviation, which applies to charter flights, should henceforth be reviewed to include aircraft dispatch responsibilities, that is, in her words; “if we are serious about the issue of aviation safety.”

Participants at the conference were astounded with her shocking revelations attesting to the fact that safety is only possible in aviation with the Aircraft Dispatcher sharing equal and joint responsibility with the pilot for every flight.

Nigerianflightdeck is an online news and magazine platform reporting business stories with a bias for aviation and travel. It is borne out of the intention to inform, educate as well as alter perceptions with balanced reportage.
Previous ACI-Africa President, Dunoma, insists on improving airports safety, security protocol
Next Turkish Airlines’ airlift 7 million passengers, records 83.4% load factor in September 2018