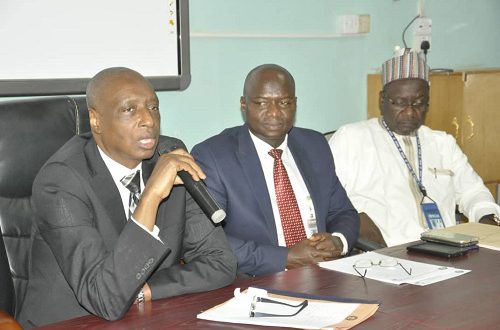 Captain Abdulsalami who declared open the League of Airport Aviation Correspondent (LAAC) 2020’s training said the reason for the success of zero accidents rates in Nigerian the past five years has been the awareness for the need for training and retraining.

He said.”Training is very important in whatever line of business you are doing and one of the successes of zero accident rates that the Nigeria Civil Aviation Authority (NCAA) mentioned can be attributed to training and retraining of personnel.

Speaking earlier, Director General of the NCAA, Captain Musa Nuhu said airline operators have taken self regulation of their operations a notch higher and much more seriously and that along with the support from other industry agencies contributed to the zero accident rate of commercial enterprises.

The DG who was represented by Kaduna Regional Manager of NCAA, Engineer Sani Mohammed commended the level of reportage from aviation reporters urging them however to be more developmental in their reporting of the industry to further boost growth.

He said,”The watchdog role of the media has undoubtedly motivated the aviation agency and the supervising ministry to work really hard. This robust contribution of the agencies has attained global recognition.

“This is not entirely unexpected as the industry has experienced zero accident in the commercial category in the last five years. This is against the background of consistent successes in Federal Aviation Administration (FAA) Recertification, various International Civil Aviation Organisation (ICAO) Audits and the Transport Security Administration (TSA) approvals.

“It will however, be appropriate to mention that this feat is an industry feat and not only NCAA. The other agencies similarly deserve commendation for their roles in the zero accident run.

“The Airline Operators in Nigeria have taken self regulation of their operations a notch higher and much more seriously. This is due to increased awareness, quality staff and additional investment in training.

“It is clear there is no utopian situation in any human endeavor, NCAA, the agencies and the airline operators will definitely continue to improve on noticeable grey areas in the industry,” he said.

Nigerianflightdeck is an online news and magazine platform reporting business stories with a bias for aviation and travel. It is borne out of the intention to inform, educate as well as alter perceptions with balanced reportage.
Previous NCAT DA40 acceptance ceremony, Troubled Skyline book launch among others
Next NAMA commissions CAT3 ILS in Lagos, Abuja