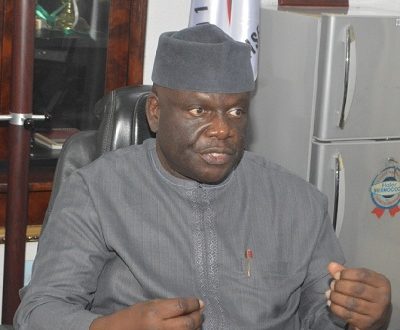 DIRECTOR General of the Nigerian Civil Aviation Authority (NCAA), Captain Musa Nuhu says maintaining the economic health of Nigerian airlines go beyond carrying out economic audits as there are other integral elements including lack of corporate governance, owner/ manager  that affect the smooth  running of airlines in this clime

This is just as the civil aviation regulator said that the COVID-19 pandemic has made already existing problems increase with gales of sacks, reduction in salaries as well as industrial unrest that has quadrupled following the restart among many negative impacts.

Captain Nuhu who spoke to the League of Airports and Aviation Correspondents (LAAC) highlighting some of the challenges that the COVID-19 has escalated said the Nigerian airlines’ economic health is an issue but there are many factors that go beyond economic regulation of airlines.

He said,” Each airline has its own business model, so running an airline has a number of issues that can impact the airline and one of these is corporate governance, another is separation of ownership from the day to day management of the airline business, for a lot of airlines in Nigeria, that is a very blood line because there is no definite guidelines separating the owners of the airline from it management.”

“Over the years”, he continued, “it has contributed to the difficulties and challenges a lot of airlines have. Once the civil aviation act is passed by the national assembly and we have a new mandate, we intend to look at that regulations also maybe with the cooperate affairs commission we will sit down and see how we can apply some of these corporate governance issues in our regulations strictly and resolve some of these difficulties we have been facing and one of the things we are going to do is that the directorate of air transport regulations will be empower and also enhance their skills and knowledge to really study the business models and plans of airlines and see how effective they can be and we can have a more positive regulatory function, we are doing it now but I believe we need to build more capacity in that department.”

On the current realities however, the civil aviation helmsman said  Nigerian airlines have had more than just the pandemic to deal with majority of aviation’s cost done in foreign currencies from maintenance to training as well as the rise in the price of Jet A1 (Aviation fuel) and the unions unrest that have increased significantly since the restart.

He explained, “In the airline industry, the profit margin is very minimal, if you make five percent (5%) profit margin in the business, you are considered to have done excellently well, however, with the Covid-19 and the difficulties, airlines financial positions are not the best, it is a global phenomenon and there are so many other issues that affects the financial health of airlines that is neither in the control of the ministry of aviation nor in the control of the civil aviation regulatory body.

He went down to specifics,” For instance, the provision of foreign exchange, it doesn’t come from us. If a country’s foreign earning goes down, the central bank prioritizes, and you can understand due to the lack of maintenance organizations in Nigeria, pilot recurrent training institutions in Nigeria they have to go outside to do these and that entails a lot of foreign currencies, so it is not easy.

“Also is Jet A1, which is a major factor that airlines have been having difficulties with, sometime we see it induced scarcity and high price, so there are factors that affect the health of the airlines that are not in our direct control.

“We visited the NNPC to see what kind of arrangement can be made for the production of Jet A1 and in addition, interest rate, when airlines go borrowing at a very high interest rate which we know is very high in Nigeria. If my profit margin is 5%, explain to me, if l take a loan at 20%, how I can break even and pay them and make profit. These are the micro and macro factors that affect the health of the airlines.

“We try through our economic regulations to do the financial audits of the airlines and advise them where we see areas of economic difficulties and see how they can be tackled. One of the thing we are doing we want to really strengthen the function of the economic regulation through more training of the staff of the directorate. “

The DG also talked about the issues of relationship between management and unions, which the NCAA can only mediate over but have no direct control as a factor that affects airlines’ economic health citing the Arik Air situation as a fine example.

“On Monday (September 14), there was an Issue where some union members of Arik Air barricaded them we had a very brief meeting and had some kind of mediation between the Receiver Manager of the airline and the unions, we all agreed they all go and sit and discuss again. The union members have their fears that the airline will take into consideration and also the union members have to understand the very precarious financial situation of Arik Air and other airline in Nigeria, so it’s not easy; it’s a very challenging thing. We are all working hard with various stakeholders to see how we can maintain industrial harmony in this difficult challenges we all face.”

He however said the COVID-19 also affected major airline players around the world in various ways leading them to cut staff or emoluments of staff just to stay afloat.

“The issue of financial healthiness is not limited to Nigerian airlines. It’s a global thing, there are airlines that have gotten billions of dollars of subsidy from their country and they are still laying off hundreds and thousands of people. So, it is not a peculiar thing to Nigerian airlines, the entire travel and tourism industries have been significantly impacted in a negative way by COVID-19 so it’s a very difficult situation.

“Airlines have had to fire people; airlines have had the cause to reduce salaries, even the major airlines. British Airways is reportedly planning to lay off possibly one third of its work force that is like thousands of people. Lufthansa is going to ground its entire A340 fleet and 747 fleets that is a significant number of redundancies it is going to cause in their operations. Emirates have laid off people, Etihad, Qatar, the United States so it’s the same.

“I just want us to understand, let’s not make it a Nigerian thing, it is a global thing,” he said.

Nigerianflightdeck is an online news and magazine platform reporting business stories with a bias for aviation and travel. It is borne out of the intention to inform, educate as well as alter perceptions with balanced reportage.
Previous BAGAIA canvasses building accident investigation capacity for IPIAAM personnel
Next Port Health personnel decry nonpayment of hazard allowance to 67 officers in Lagos