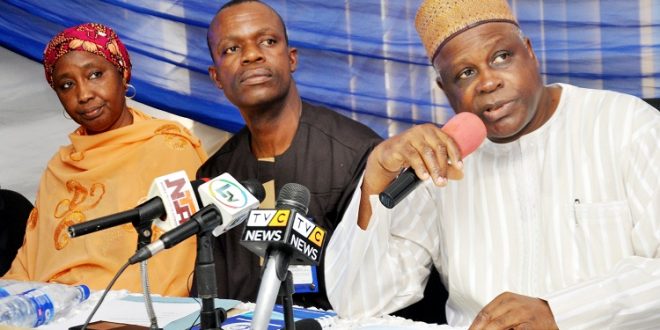 NIGERIAN Civil Aviation Authority ( NCAA) today said that it has carried out registration and de-registration of fifty-two (52) aircraft and has issued and renewed one hundred and fifteen (115) air worthiness certificates between January and June.

The authority Director General, Captain Muhtar Usman made this known today at the 2nd NCAA Interactive Forum with Aviation Agencies’ and Airlines’ Public Relations/Information Managers at the NCAA Annex where he called for a united approach in information dissemination devoid of disinformation and scare mongering

He further went on to state that the CAA has issued aircraft maintenance engineering licenses to 68 engineers and has renewed the licenses of 64 Air Traffic Controllers, 34 Flight Dispatchers and has conducted exams for 1, 537 professionals of various categories.

On issues of flight delays and cancellations, in the period under review, the NCAA boss said that there were 16,880 delays in domestic operations and 2,443 for international operations with 253 flights cancelled domestically and 95 internationally.

Nigerianflightdeck is an online news and magazine platform reporting business stories with a bias for aviation and travel. It is borne out of the intention to inform, educate as well as alter perceptions with balanced reportage.
Previous Visa on arrival leading to influx of investors through MMIA
Next Mshelia at NUATE Conference says Nigeria needs transparent governance, PPP arrangements