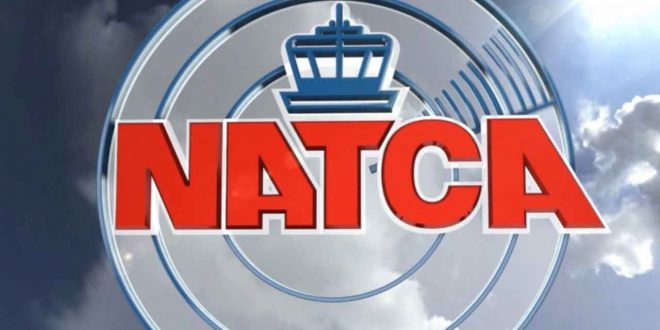 NIGERIAN Air Traffic Controllers Association (NATCA) has called on the Federal Government to, as a matter of urgency, fix the Runway 18L/36R lighting and the abandoned taxiway B at the Murtala Muhammed Airport Lagos to reduce work load of the pilots and controllers.

This is just as the association has asked the Minister of state, Aviation, Senator Hadi Sirika to complete the construction of the abandoned new control tower at the Kaduna Airport to replace the one that got razed four years ago.

NATCA made these resolutions known through a 7-point communique issued at the its 47th Annual General Meeting/Election(Extra ordinary) in Lagos December 8, 2018 with theme ‘Stronger Collaboration for Zero Air Accidents and other important matters affecting air traffic controllers in particular.

The communique signed by Immediate Past President Victor Eyaru and General Secretary Banji Olawode, in part read,”NATCA enjoins all stakeholders in the Nigerian Aviation Industry to develop a framework for stronger collaboration to achieve zero accident.”

“The Federal Ministry of Transportation should, as a matter of urgency, see to the completion of the construction of the abandoned new control tower at the Kaduna Airport to replace the old one that got burnt on the 20th April, 2014 in the overall interest of air safety”

“The association wishes to appeal to the Honorable Minister of state, Aviation, Senator Hadi Sirika to personally intervene on the fixing of the Runway 18L/36R lighting and the abandoned Taxiway B at the Murtala Muhammed Airport Lagos to reduce work load of the pilots and controllers.”

” The association also encourages the Federal Government to come to the aid of the Nigeria Airspace Management Agency (NAMA) to speed up the ongoing upgrade of the Controller-Pilot and Controller-Controller communication facilities as well as surveillance equipment to meet with the required standards for sustenance of air safety.”

The air traffic controllers association also called for FG to review the retirement age of ATCO to 65 years irrespective of years of service, provide strategic training at NIP and National Defence College given the security aspect of their job details as well as for FG to accede to its request of creating a dedicated grading system and salary structure for ATCs.

Speaking before the Elections Commissioner, Accident Investigation Bureau, AIB, Mr. Akin Olateru said the aviation sector has recorded no major air crash for over 3 years because of the synergy and effective collaboration among aviation agencies.

Olateru who was the Chairman at this year’s the 47th Annual General Meeting emphasized that to sustain this feat, aviation agencies and stakeholders must continually work together.

He noted that the air traffic control service play a crucial role in ensuring safety as they aid smooth and better communication between the pilots and the ground staff in order to avoid air accidents and incidents.

According to him,”this year’s theme Stronger Collaboration for Zero Air Accident stresses encouragement of smooth understanding between the important agencies in the aviation industry to work as one”.

He implored all aviation stakeholders to work together and place premium on the development of human capacity which would in turn yield to a positive level of productivity.

” A happy workforce, will produce a better result”. We must research on how to make things better, development is equally key”.

Nigerianflightdeck is an online news and magazine platform reporting business stories with a bias for aviation and travel. It is borne out of the intention to inform, educate as well as alter perceptions with balanced reportage.
Previous Med-view Airline announces relaunch of Yola/Maiduguri routes with B737-800NG aircraft
Next Updated: FAAN withdraws security, fire services to airports over N808 million debt