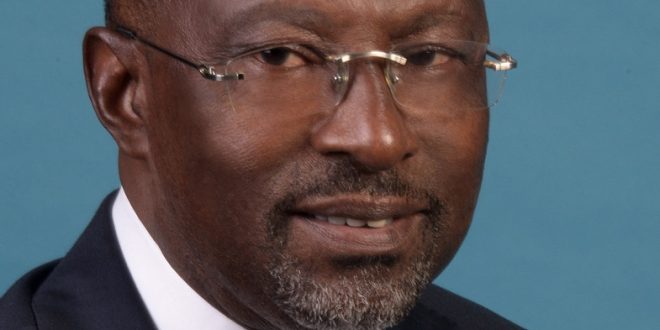 NIGERIAN Airspace Management Agency (NAMA) has put in place a mechanism to look into the lingering issue of harmonizing the salaries and allowances of staff under its payroll with those of their colleagues in other agencies in the aviation sector.
The Managing Director, Capt. Fola Akinkuotu who revealed this in a town hall meeting which held at the agency’s headquarters annex in Lagos said although the issue of harmonization is as old as the agency itself, there was the need to revisit it as a resolution would boost staff morale and also increase productivity in the long run.
As a first bold step towards achieving harmonization, Akinkuotu said management had constituted a committee headed by the Director of Safety Electronics and Engineering Services, Engr. Farouk Umar with “the mandate to look in-depth at the circumstance of harmonization, cost of harmonization, our ability to achieve harmonization, the validity of whether we have been harmonized or not, and then make a report and present to management.”
He disclosed that the committee had already submitted the said report, assuring that management would immediately convene a meeting to “review the report in its totality and examine whether or not there is a disparity. We will also discuss if we can pay for it and if not, how do we move this forward.”
He said however that after considering the report, another report will be prepared and presented to government for ratification. Akinkuotu expressed optimism that even though the harmonization issue has lingered for over 14 years, management was determined to tackle it headlong, stressing that “if we plug all the loopholes and cut down on some of the waste and be more prudent in our expenditure, we will make a little more money and it really shouldn’t be that difficult attaining harmonization.”
The NAMA boss who tasked staff to be more dedicated to their duties noted that in line with the staff-oriented disposition of his administration, various promotions have been obtained across board for workers.
While reeling out some of the milestones of his administration to include ongoing sectorization of Lagos Sub-Flight Information Region (Sub-FIR), signing MOUs on the deployment of Automatic Dependent Surveillance-Broadcast (ADS-B) and Multi-lateration, fast-tracking Aeronautical Information Services (AIS) Automation etc, Akinkuotu said civil works for five installations have been completed ahead of AIS Automation just as he disclosed that arrangements were in top gear to enroll NAMA staff in the National Health Insurance Scheme (NHIS).
Akinkuotu also noted that management’s emphasis on capacity building has yielded positive result with the training of various categories of staff across different directorates and departments. The town hall meeting which was the second to be convened by Capt. Akinkuotu since his appointment afforded the NAMA helmsman and his management team the opportunity to field questions, interact with workers and feel the pulse of the agency. Among the issues raised by staff were demands for a decent cafeteria at the headquarters, staff bus and the inclusion of pensioners in the harmonization plan.

Nigerianflightdeck is an online news and magazine platform reporting business stories with a bias for aviation and travel. It is borne out of the intention to inform, educate as well as alter perceptions with balanced reportage.
Previous Ex Nigeria Airways workers accuse Finance Ministry of delayed payment
Next Unions meet ICRC over airport concession present strong case