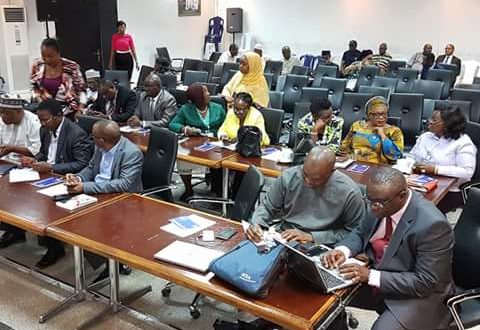 AT the behest of top management of the Federal Airports Authority of Nigeria (FAAN), aviation unions have met with the representatives of the Infrastructure Concession Regulatory Commission (ICRC) to continue engagements over the proposed concession of four international airports.

The unions, top FAAN management and the ICRC met as a result of governments plan to concession of four international airports in Lagos, Abuja, Port-Harcourt and Kano.

In a very engaging and incisive deliberations that lasted the entire working day, all parties had enough time to articulate their points which emanated from series of presentations made by ICRC and those culled from previous engagements.

Questions that emerged include:Why are workers (active & pensioners) not captured in their presentation on airport concession? Why the absence of Unions input in the hiring of Transaction Advisers? How will the cases of the concessions that the claim are working in other parts of the world has shown in their presentation, apply in Nigeria. considering Nigeria’s peculiarity?The exact part of the affected airports to be concessioned? The role of ICRC in MMA2 concession sofar? Where is the blueprint of the proposed concession? Why is government not exploiting other favourable types of concession that will create more jobs and boost internally generated revenue?

The ICRC who took time to listen to the Unions promised to take back these grey areas to government and get back to the Unions.

The Unions maintain that the credibility of the Technical Advisers is in doubt and Union position remains, no concession, until the answers to these question are satisfactory.

Nigerianflightdeck is an online news and magazine platform reporting business stories with a bias for aviation and travel. It is borne out of the intention to inform, educate as well as alter perceptions with balanced reportage.
Previous NAMA to implement harmonisation of staff salaries
Next NAHCO promotes over 846 staff announce Idris Yakubu as new MD