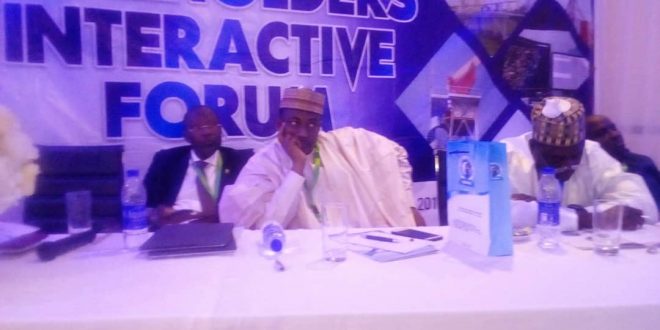 NIGERIAN Airspace Management Agency (NAMA) has decried that there are no spares available to maintain the Total Radar Coverage of Nigeria (TRACON) stating that the agency has been managing the asset without spares from the manufacturers, Thales of France since 2014.

This is just as the agency has said due to the need to national issue of power, it has deployed solar energy facilities to power its navigational facilities at 18 sites around the country for a start.

Director of Safety, Electronics and Engineering Services, Engineer Umar Farouq who revealed this at the NAMA Stakeholder’ interactive Forum at the Sheraton Hotels Ikeja appealed to Minister to intervene and ensure Thales provide spares for the TRACON.

Recall the TRACON project commenced during the time of Mrs. Kema Chikwe as Minister in 2003, was eventually completed in 2010 at a total sum of 66,500,870 million euros paid by the Federal Government

According to Farouq, the agency’s engineers and Thales have been back and forth in the issue of spares provision and the engineers have not found it easy despite doing a yeoman’s job.

Earlier the NAMA MD, Captain Fola Akinkuotu stated that the agencies engineers have been handling the TRACON’s maintenance for a while and have been doing a good job.

The revelation by the DSEES, however subtlety insinuates that there is a form of sabotage from the manufacturers of the TRACON, who had a deal to maintain the project and provide spares while training NAMA engineers to take over.

” There is a challenge with the TRACON and the truth is no matter how good an engineer is, without spares it is almost impossible to get it anything done. This is two (2) years and we have been dragging with the manufacturers Thales of France to be helpful and friendly. We have been managing the assets without spares since 2014.”

” The equipment is due for an upgrade, and so we are appealing to the Minister of Aviation to talk to the manufacturers.”

On the challenge of power, Farouq said NAMA’s innovativeness has led it to power its NAVAIDS with solar power at 18 sites with plans to power the communication facilities the same way to forestall damages to the equipment.

” Our greatest challenge is power and power is a national issue but we have had to think outside the box. Adequate and steady power is critical for the efficient functioning of the equipment and so we deployed solar energy to power the navigational facilities for a start. We have powered 18 navigational sites with solar energy after that we are looking forward to power communication facilities with same,” he said.

Earlier, managing Director Nigerian Airspace Management Agency ( NAMA) Captain Fola Akinkuotu called on the agency’s customers, airlines ( domestic and foreign) as well as airports to meet their obligations stating that it is not in its character to wield the big stick.

NAMA a fortnight ago, shutdown the Osubi Airstrip without issuing any reason and this made airlines plying that route to divert flights, one of such airlines was Arik.

Nigerianflightdeck.com learnt that the Osubi shutdown may not have been unconnected to huge debts owed the airspace managers by airlines and Aerodromes that use its services.

It is also believed that other airstrips and debtors are being treated thus in a bid to recover debts which the agency aims to put into improve, modernise and replace facilities for provision safer services.

” Let me remind us that the provision and maintenance of airspace infrastructure and the required personnel is expensive. I will therefore like to make the following appeals; that the principals continue to give the necessary supports to our drive to re-engineer the CNS/ATM facilities in NAMA within the shortest time possible and that our customers commit fully to their obligations to the agency at all time,” he said.

Nigerianflightdeck is an online news and magazine platform reporting business stories with a bias for aviation and travel. It is borne out of the intention to inform, educate as well as alter perceptions with balanced reportage.
Previous Dana, ASKY commences partnership with Wet-lease aircraft, interline agreement
Next Air Peace tackles Ojikutu over B777aircraft acquisition remarks