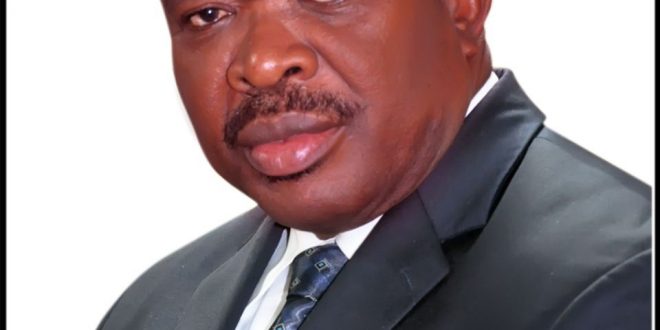 NAMA appeals to ATC for collaboration, to commence training of 379 staff

NigerianFlightDeck 27th October 2016 Aviation News Comments Off on NAMA appeals to ATC for collaboration, to commence training of 379 staff 605 Views

MANAGEMENT of Nigeria Airspace Management Agency (NAMA) has expressed its desire to strengthen ties with air traffic controllers stating that the association should seek ways of settling issues affecting its work environment internally.

This is just as the airspace managers reveal that it will commence training of no fewer than 379 staff at the Administrate Staff College of Nigeria (ASCON) Badagry in November.

The acting managing director of NAMA Engr. Emmanuel Anasi who disclosed this in Jos Plateau state during the 45th Annual General Meeting of Air Traffic Controllers said, the agency has also concluded plans to apply N20m em-block for the National Health Insurance Scheme.

According to Anasi, who was represented at the event by the director of human resource Mr. Uwem Akangson said, NAMA will ensure the improvement in the payment of severance benefits and past service rights to retired staff and engagement of contracts.

Anasi appealed to the Air Traffic controllers to always appreciate and accommodate other stakeholders in the industry as they all played equal role in the system.

While explaining that the entire air traffic control work in the country was handled by 300 Controllers, he commended them for good job.

Anasi said it was the reason why closer attention was being paid to them for better performance and called on the ATCs to always seek ways of internally settling issues affecting their working environment stressing  that all misunderstanding should be settled amicably without externalizing them.

Nigerianflightdeck is an online news and magazine platform reporting business stories with a bias for aviation and travel. It is borne out of the intention to inform, educate as well as alter perceptions with balanced reportage.
Previous FG appeals to foreign airlines to rescind decisions to scale down services
Next Emirates completes US$11 million Dubai International Business Class lounge makeover