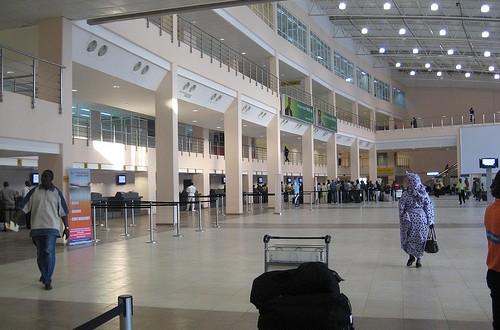 MMA2 at 10: Lessons for private investors 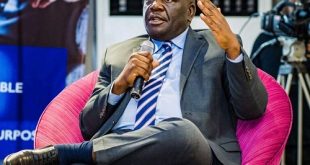 NCAA under a Captain’s watch

There was no disrespect, we acted to protect Emir of Kano’s image- Air Peace

Nigeria needs huge investment in tourism to benefit from SAATM 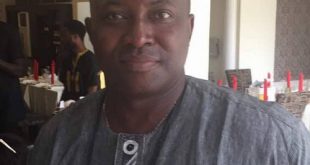 THE 16th American President, Abraham Lincoln, once said, “It often requires more courage to dare to do right than to fear to do wrong.” Come May, this year, Murtala Muhammed Airport Terminal Two (MMA2), Lagos, which is a product of the courage to dare to do right, will be 10 years old and it will roll out the drums, blow the trumpets amidst pomp and colours to celebrate this landmark anniversary.

This is significant in a way because what started in a modest way in May 2007 has now become a benchmark for measuring how an airport terminal should run. No doubt, the edifice, the first successful Public-Private Partnership (PPP) in the country, has changed the face of the aviation industry in this part of the world. MMA2 has positively affected the psyche of all aviation industry stakeholders with the doggedness, perseverance and the zeal to overcome challenges by its manager.

The terminal has disabused the minds of the stakeholders of the usually etched graphics of derelict airport terminals scattered all over the land with dilapidated facilities, often overheated and cloaked in darkness.

The good thing is that 10 years down the line, MMA2, with its Multi-Storey Car Park (MSCP) and the facilities therein, still glitters in the aviation landscape as if it was built yesterday. Despite all the dream killer challenges, engineered by those who wanted to kill the MMA2 dream from inception, its operator, Bi-Courtney Aviation Services Limited (BASL), a member of The Resort Group, has since taken the odds as the tonic needed to “still do it”, according to the words of Elon Musk, who says, “If something is important enough, even if the odds are against you, you should still do it.” That the terminal is still standing today like a solid rock in the midst of an earthquake-pummeled environment is a big plus to its operator, which toils day and night to “still do it”.

One decade on, the success story of MMA2 is in tandem with the words of the British orator, author and two-time Prime Minister (1940–45) and (1951–55), Winston Churchill, who said, “Success is not final; failure is not fatal: It is the courage to continue that counts.” Therefore, the courage and the resilience to make MMA2 work in the face of stiff opposition from vested interests is what counts to BASL and this is a lesson for private investors. BASL’s attitude is perhaps constantly inspired by the saying of the great inspirational speaker, Will Rogers that, “Even if you are on the right track, you will get run over if you just sit there.”

Ten Aviation Ministers have superintended over MMA2 in 10 years. While a few of them respected the concession agreement the ministry signed with BASL, majority of them did everything to strangulate the business: another big lesson for private investors.

Going down memory lane, Dr. (Mrs.) Kema Chikwe (2001-2003) as Aviation Minister signed the MMA2 concession agreement between BASL and the Federal Government and did everything to ensure that the project got off the ground; Mallam Isa Yuguda (May 2003-June 2005) under whose tenure the structure of MMA2 took shape, was instrumental to the invitation of KPMG, an international consulting firm that recommended a concession period of 36 years; Prof. Babalola Borishade (July 2005-November 2006), through the Federal Airports Authority of Nigeria (FAAN) offered BASL 36 years as the concession period, which the company accepted; and Chief Femi Fani-Kayode (November 2006-May 2007) was Aviation Minister when MMA2 was inaugurated by former President Olusegun Obasanjo in May 2007.

Other ministers were: Mr. Felix Hyatt (June 2007-October 2008), appointed a Minister of State (Aviation) by the late former President Umar Yar’Adua, who could really not do much because the aviation unions and other interest groups overwhelmed him in a bid to ensure the death of MMA2. And under Hyatt, FAAN began breaching the concession agreement, while some airlines ordered to move their operations to MMA2 from the International Wing refused to do so; Mr. Babatunde Omotoba (December 2007-March 2010), who was advised by the then Attorney-General of the Federation, Mr. Michael Kaase Andoakaa (SAN), to hand over the General Aviation Terminal (GAT) to Bi-Courtney as part of the Concession Agreement, which Omotoba failed to do; Mrs. Fidelia Akuabata Njeze (April 2010 – May 2011), who was urged by the Airline Operators of Nigeria (AON) to allow regional flight operations take place at MMA2, as part of the Concession Agreement, and who never yielded; Princess Stella Oduah (July 2011-February 2014), who led the greatest assault on the enterprise called MMA2 and the Concession Agreement. Oduah was vehement in her opposition to anything MMA2 and did everything to cripple the terminal and take over its operations, but failed. She was succeeded by the suave Chief Osita Chidoka (July 2014 – May 2015), who on the other hand did everything within his powers to ensure that the provisions of the concession agreement were obeyed to the letter. Chidoka also declared MMA2 the Best Terminal in Nigeria, which unsettled so many vested interests, inaugurated MMA2’s Common User Passenger Processing System (CUPPS) and most importantly, approved the take-off of Regional flight operations for the terminal, which agencies in the aviation industry, especially FAAN, did everything to scuttle; and the incumbent Aviation Minister, Senator Hadi Sirika (November 2015-to date), who has so far been unsupportive of the MMA2 Concession Agreement.

All the ministers have, nonetheless, contributed either positively or negatively to what makes MMA2 stand solid today. But the endurance of the operator for the past one decade is what further makes the terminal tick.

The ministers’ various contributions and those of FAAN were a reflection of what it takes to do business with the government, even when the administration under which they served had good intentions. Other private investors and prospective ones need to learn a lesson or two from this experience. Besides BASL’s experiences in the hands of these officials, the bitter experiences of politician and businessman, Chief Harry Akande and the Chairman of Virgin Atlantic Group, Sir Richard Branson, among others, who were shoved  aside after investing their billions of naira, come in handy here. They are still licking their wounds till date.

Indeed, an angry Branson had this to say of his experience in the hands of government officials: “We fought a daily battle against government agents who wanted to make fortune from us, politicians who saw the government’s 49 per cent as a meal (ticket) to seek all kinds of favour, watchdogs (regulatory bodies) that didn’t know what to do and were persistently asking for bribes at any point. Nigerian people are generally nice but the politicians are very insane. That may be an irony because the people make up the politicians.

“But those politicians are selfish. We did make N3billion for the Federal Government of Nigeria during the joint venture, realising that the government didn’t bring (anything) to the table/partnership except dubious debts by the previous carrier, Nigeria Airways. The joint venture should have been the biggest African carrier by now if the partnership was allowed to grow, but the politicians killed it. Nigeria is a country we shall never consider to doing business again.”

Despite all this, “MMA2”, according to the Chairman of the Resort Group, Dr. Wale Babalakin (SAN) “represents considerable cerebral input into very modest resources.” Some food for thought and lessons, lessons all the way.

*Omolale is the Head, Corporate Communications, BASL, a member of the Resort Group.

Nigerianflightdeck is an online news and magazine platform reporting business stories with a bias for aviation and travel. It is borne out of the intention to inform, educate as well as alter perceptions with balanced reportage.
Previous Panic as Aero passengers escape suffocation onboard Port Harcourt-Lagos flight
Next 45% market allocation to Saudi airline: How NAHCON is fleecing Nigerian hajj operators