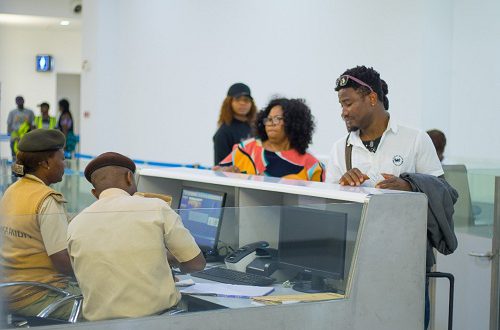 THE Comptroller, Nigeria Immigration Service (NIS), Murtala Muhammed Airport (MMA) Command, Lagos, Kemi Nandap, has warned that any officer at the Command caught engaging in nefarious activities like swindling of air travellers or attempting to put the name of the service in disrepute would be dealt with accordingly.

Nandap made this known as she reiterated the service’s resolve to implement to the letter, the roadmap of the Ag. Comptroller General, NIS Ag. CG Isah Jere, in fighting corruption in the system.

Nandap made this known during the week at the induction training programme organised for officers newly deployed to the Command.

A statement by Louisa Amadiokoro, the Public Relations Officer (PRO), MMA Command, says that the training was in line with Idris’ vision of manpower training, stressing that the intensive training was still ongoing for the officers.

Nandap explained that the essence of the training was to ensure that the officers are well-equipped for the job ahead, stressing that the Command being the first port of contact for international travellers coming into Nigeria, requires committed, hardworking and refined officers to positively represent the image of the country.

She said: “The officers are presently undergoing an intensive training programme, which is aimed at re-orientating them and ensuring that they are adequately prepared for the task ahead.

“Upon the completion of the training, the officers are expected to go round on attachment at different wings and other sections like the Visa on Arrival, Statistics, Human Resources, Quits Aviation and other key areas of the airport. After all these, the officers will be assessed based on their performance. If the Command is not satisfied with any of them, such an officer would be sent back for retraining.”

The Service Headquarters had recently redeployed over 30 officers to MMA Command following the commissioning of the new international terminal at the airport.

Some of the officers would be deployed to the new terminal, which was commissioned on the 22nd of March, 2022 by President Muhammadu Buhari.

Nigerianflightdeck is an online news and magazine platform reporting business stories with a bias for aviation and travel. It is borne out of the intention to inform, educate as well as alter perceptions with balanced reportage.
Previous FAAN expresses readiness for Easter passenger surge
Next BAGAIA meets, aims to be most efficient RAIO globally