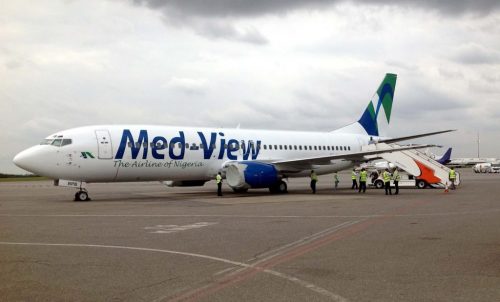 COME  Wednesday March 22, 2017, Medview Airline will commence flight operations to Kano beginning with an inaugural flight  from Lagos to Kano.

In a press statement,  Medview Airline said the importance of Kano as a centre of commerce and religion cannot be ignored hence its decision to provide air services to the ancient city to link it with Lagos and Kaduna.

According to the statement, the airline will operate two daily flights to Kano Mondays, Wednesdays and Fridays, and one flight on Sundays.

The morning flight leaves Lagos at 6.50 and arrive 8.10 am while the return  journey will be routed through Kaduna International Airport.

The afternoon flight at 12.30 PM from Lagos will be routed via Kaduna to give passengers transiting Kano  the opportunity to connect their flights to foreign destinations such as Jeddah and Dubai.

The two daily flights scheduled in such a way that one operate direct from Lagos to Kano while the other is routed Kaduna.

Nigerianflightdeck is an online news and magazine platform reporting business stories with a bias for aviation and travel. It is borne out of the intention to inform, educate as well as alter perceptions with balanced reportage.
Previous Aero Redundancy saga: ANAP says management did the right thing to save airline
Next ANAP insists on on-time completion of Abuja Runway, commends Minister, FAAN