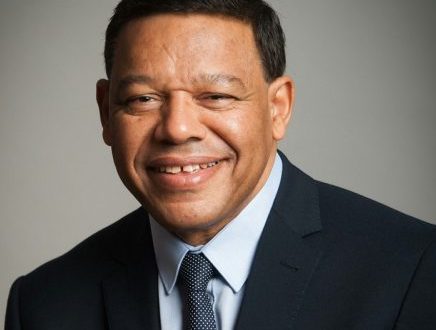 PRESIDENT of African Business Aviation Association (AfBAA) and Chief Executive Officer of African Aviation Services Limited, Mr. Nick Fadugba, has confirmed participation at the forthcoming 23rd Annual Conference of the League of Airport and Aviation Correspondents (LAAC), which will see CEOs of airlines discuss burning industry issues with heads of aviation agencies and other industry stakeholders.

This is just as Barrister Allen Onyema, the Chairman of Air Peace has agreed to set the tone for panel discussions at the conference that has as theme: ‘Boosting Aviation Investment Through Policy.”

Fadugba holds BSc (Honours), Mass Communication, Post Graduate Diploma, Air Transport Management, MSc (Distinction), Air Transport Planning & Management and MSc Dissertation Award Winner. He has won several awards and recognitions in the sector, among which were AFRAA Award Winner for ‘Outstanding Services to the African Aviation Industry,’ presented with a Plaque by the US National Transportation Safety Board (NTSB) for ‘Outstanding Contribution and Service to Aviation Safety,’ Aviation Round Table (ART), Nigeria, Award Winner for ‘Invaluable Support and Contribution to the Upliftment of Aviation Safety in Africa, particularly in Nigeria,’ among others.

Meanwhile, Onyema who established Air Peace in 2014 with just seven aircraft, and has grown to over 20 in less than five years. The airline is the fastest growing carrier in the entire West and Central African region, connecting major cities in Nigeria, West Africa and has expanded its wings to Sharjah in the Middle East as it plans other long haul routes.

Nigerianflightdeck is an online news and magazine platform reporting business stories with a bias for aviation and travel. It is borne out of the intention to inform, educate as well as alter perceptions with balanced reportage.
Previous Ethiopian Airline says it’s exploring options to establish airline in Nigeria
Next Dana Air explains reason for flight disruptions, apologizes to passengers