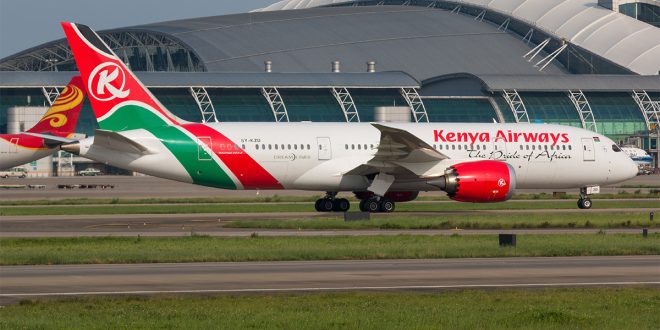 AS plans are underway for 11 banks to take over struggling Kenyan Airways, Secretary General of Industry think tank group, Aviation Round Table(ART), Group Captain John Ojikutu (rtd) has asked Nigerian airlines to take a cue from the trend instead of running cap in hand to government for intervention all the time.

In a reaction he shared with nigerianflightdeck.com, he queried why the airline itself or denizens were not agitating for the Kenyan government to intervene as most Nigerian airlines do.

On June 16, it was announced that 11 banks including Ecobank, Equity, KCB Group, Commercial Bank of Africa and Cooperative Bank will form a new company (Special purpose Vehicle) through which they own shares in the struggling national carrier.

Ojikutu in his reaction to this stated: I wonder why the airline or the Kenyans are not asking the Kenyan Government to intervene or inject public money into KQ like some Nigerians are demanding for Arik and other failing airlines on bank loans and recurring debts.  Different strokes for different enterprises, I guess”

According to his submissions, if any business cannot sustain itself financially and otherwise then it should not be in business period. Airlines in Nigeria want to be given public funds that will not be invested in the airlines. “

“They claim that in the United States and other countries public funds are injected into critical private ventures to prevent failures that will have serious negative consequences on their economies. But what they conveniently forget to say is that these funds are utilized for the purposes intended with repayment conditions that are strictly adhered to.”

He further stated that most examples of airlines that these proponents for intervention give are not single ownership as they are here in Nigeria.

Nigerianflightdeck is an online news and magazine platform reporting business stories with a bias for aviation and travel. It is borne out of the intention to inform, educate as well as alter perceptions with balanced reportage.
Previous BA, The White Company announce partnership
Next AIB to ship late Governor Suntai’s aircraft engine to America for analysis